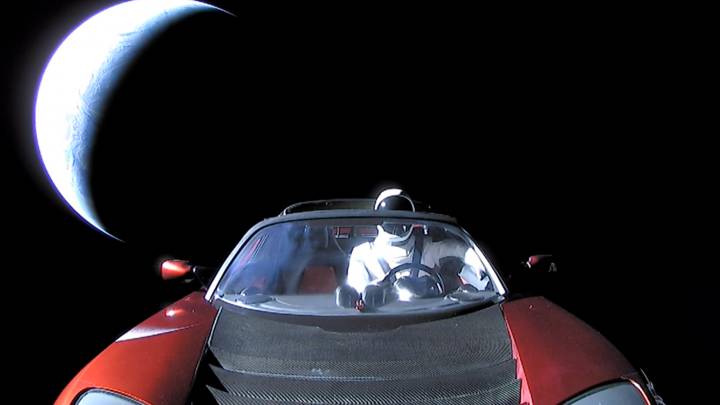 It’s now been about a year and a half since Elon Musk’s cherry red Tesla Roadster was sent into space atop a SpaceX Falcon Heavy rocket. The launch went flawlessly and was a major milestone for SpaceX, marking the first time the Falcon Heavy was shot skyward.

Now, many months later, the Tesla sports car has completed its first lap around the Sun. Thanks to the handy website WhereIsRoadster we can see exactly where Elon Musk’s car is at any given moment based on its Sun-centric orbit, as well as how many miles it is away from Earth and other important locations.

As the website shows, the Roadster and its Starman “driver” are currently around 185 million miles from Earth, and around 68 million miles from Mars. Its current position is just past the spot in Earth’s orbit where the Falcon Heavy shot it into space on a path towards Mars.

There was a significant concern in the scientific community regarding the possibility that the Roadster might crash right into Mars, potentially contaminating the planet with bacteria from Earth and making it more difficult for researchers to determine the history (if there is any) of life on Mars.

Thankfully that didn’t happen, and based on observations it seems the vehicle will continue to cruise around the Sun for the foreseeable future. However, that won’t last forever, and it’s still possible that the car and its unfortunate passenger will impact Earth or another nearby planet before it has a chance to be swallowed up by the Sun itself.

It’s unclear at this point what condition the vehicle is in, but chances are its shiny red finish has been significantly altered during its year in space. None of the cameras attached to the Roadster have returned images since shortly after launch, so we have no idea how well the first car in space is holding up.