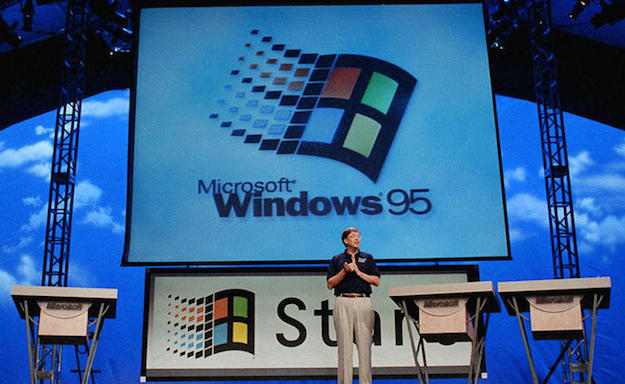 It’s hard to believe now, but there was a time when Windows 95 was incredibly exciting. While Microsoft has something of a stodgy reputation these days, back in the mid-’90s the company was lighting the world on fire by bringing a personal computer to every household. Today’s teenagers, however, have a lot more advanced computer systems to play with including iOS, Android and Windows 10.

Because of this, I was amused by the latest video from Fine Brothers Entertainment that shows how teenagers react when they see computers running Windows 95 for the first time.

DON’T MISS: Days before launch, a huge leak tells us everything we wanted to know about ‘The Division’

As for Windows 95 itself, their reaction can be best summed up by the kid who started cracking up while saying, “It looks so dull and ancient!” The teens were also generally baffled by the notion that it’s possible to get on the Internet even without a Wi-Fi connection.

Check out the entire video for yourself below.