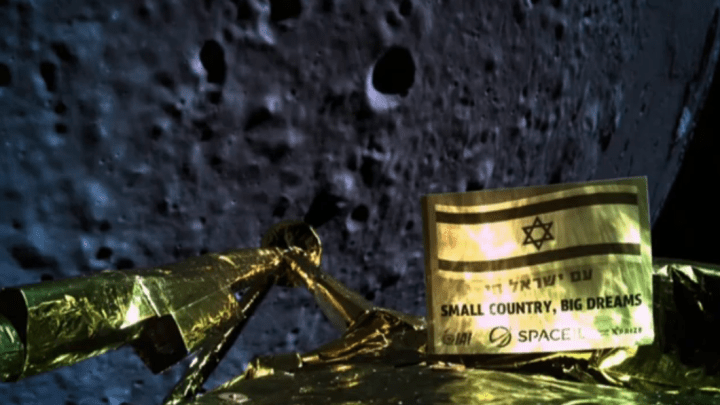 It’s been a few months now since Israel’s Beresheet lunar lander experienced a last-second glitch and smashed into the Moon rather than landing softly on it. The mission, while impressive as a privately-funding effort, ultimately came up short, but part of its payload may still fulfill its intended purpose.

Included on the spacecraft was a cellular “library” that includes plant and animal cells and human DNA. It was created by the Arch Mission, which strives to create “backups” of Earth, and the collection of material included on the Beresheet lander contains “enough DNA to regenerate life on Earth,” according to founder Nova Spivack.

The payload also contained complete animals, specifically the microscopic creatures known as tardigrades. Also known as “water bears,” tardigrades are able to withstand extreme conditions and are even capable of being frozen solid and then revived decades later. They’re incredible creatures, and the Beresheet lander was carrying many of them.

The tardigrades were dehydrated prior to being included in the cellular library, and as Spivack notes it’s hard to imagine any cells enduring space radiation in an unprotected place like the Moon.

It is not likely that cells can survive on the Moon without a lot more protection from radiation. However the human cells, plant cells and micro organisms we sent could be recovered, studied and their DNA extracted – perhaps to be cloned and regenerated, far in the future.

If the Moon lander had made a soft landing as intended, the library of cells would have remained within the spacecraft indefinitely. However, the crash has complicated matters, but Spivack and the Arch Mission believe the DVD-sized payload may have endured the impact without being destroyed.

If that is indeed the case, it doesn’t necessarily change anything about what the Arch Mission was trying to accomplish. The idea isn’t to somehow spark life on the Moon, but rather to have some kind of a record of life on Earth stored elsewhere, and the Moon is as good a place as any.