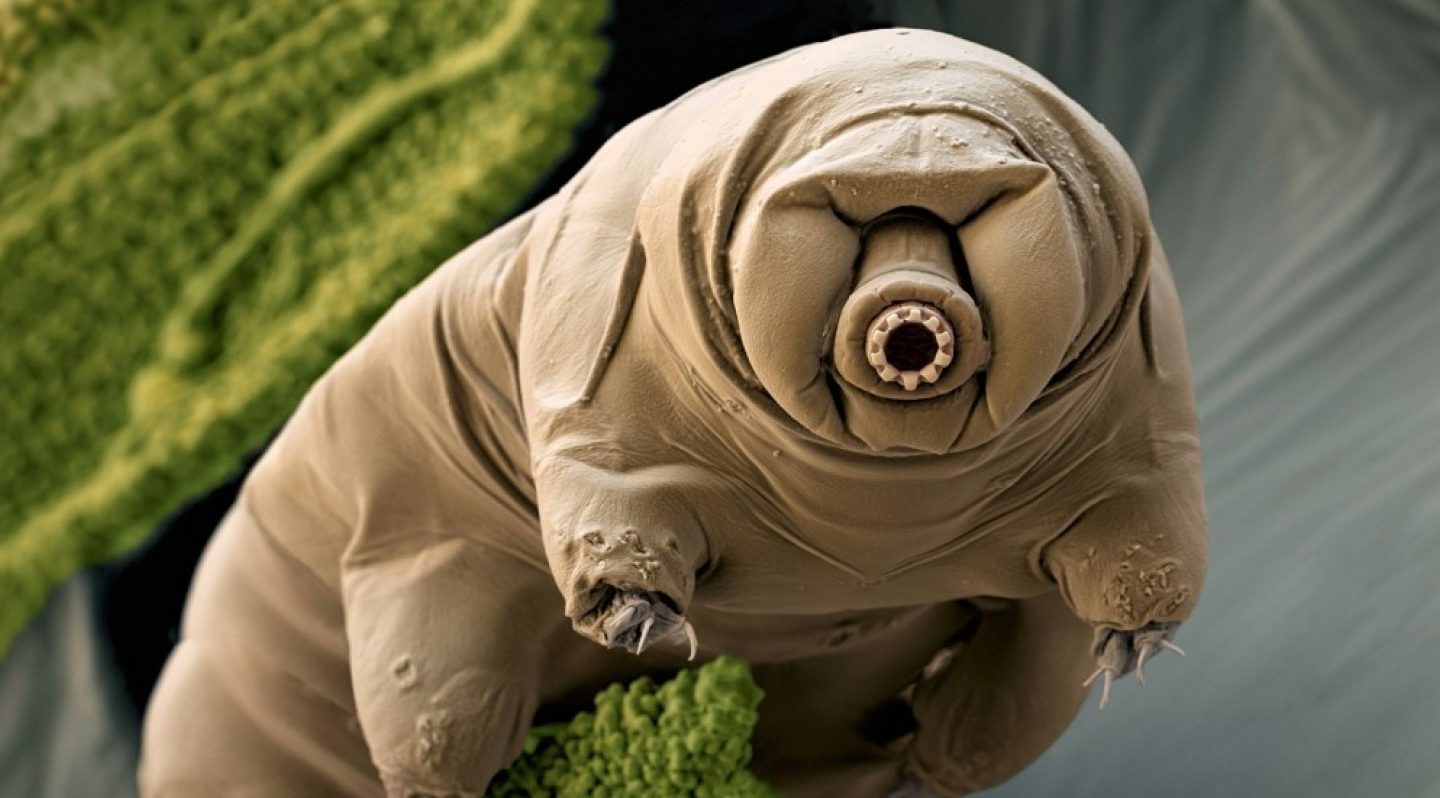 Check out this hideousness! It might look like the bag from a 1940s vacuum cleaner with legs. But what it lacks in “design” it certainly makes up for in longevity. This is a tardigrade, an animal you’ve probably never heard of, but it’s a resilient beast that’s not likely to die as long as Earth keeps spinning. Long after humans and all other animals are wiped out by some sort of monstrous cataclysm, these tiny monsters who also survived the dinosaurs will still live to tell the tale. If they could talk, that is.

Physicists from the Oxford University in Britain set out to determine what would kill tardigrades. “Life is pretty fragile if all your estimates are based on humans or dinosaurs,” theoretical cosmologist David Sloan told The Washington Post.

The physicists ran an experiment to determine whether these creatures could go extinct. They worked with scenarios like killer asteroids, supernovae, and gamma-ray bursts. Ultimately, they concluded that short of the Sun exploding, nothing could really kill off all of these creatures. Not even an event that would kill every other animal on Earth’s surface could do away with the tardigrades. They’d still manage to survive, or at least some versions of the species — there are more than 1,250 distinct types of tardigrades out there.

To get an idea of how well tardigrades can resist whatever environment they find themselves in, the researchers said that the animals can survive radiation doses of 5,000 to 6,000 grays. Comparatively, “you would be very, very lucky to walk away” from a dose of 5 grays, Sloan said.

One way to kill them all would be ocean evaporation. But for such an event to occur, an asteroid measuring 326 miles in diameter would have to hit Earth. The asteroid that killed the dinosaurs had a 6-mile diameter.

If tardigrades aren’t likely to die before the Sun does, what’s the real point of the study? Well, Sloan explained that “if life did get started on another planet in our galaxy, it probably should still be there.”

You can check out the full study at this link.