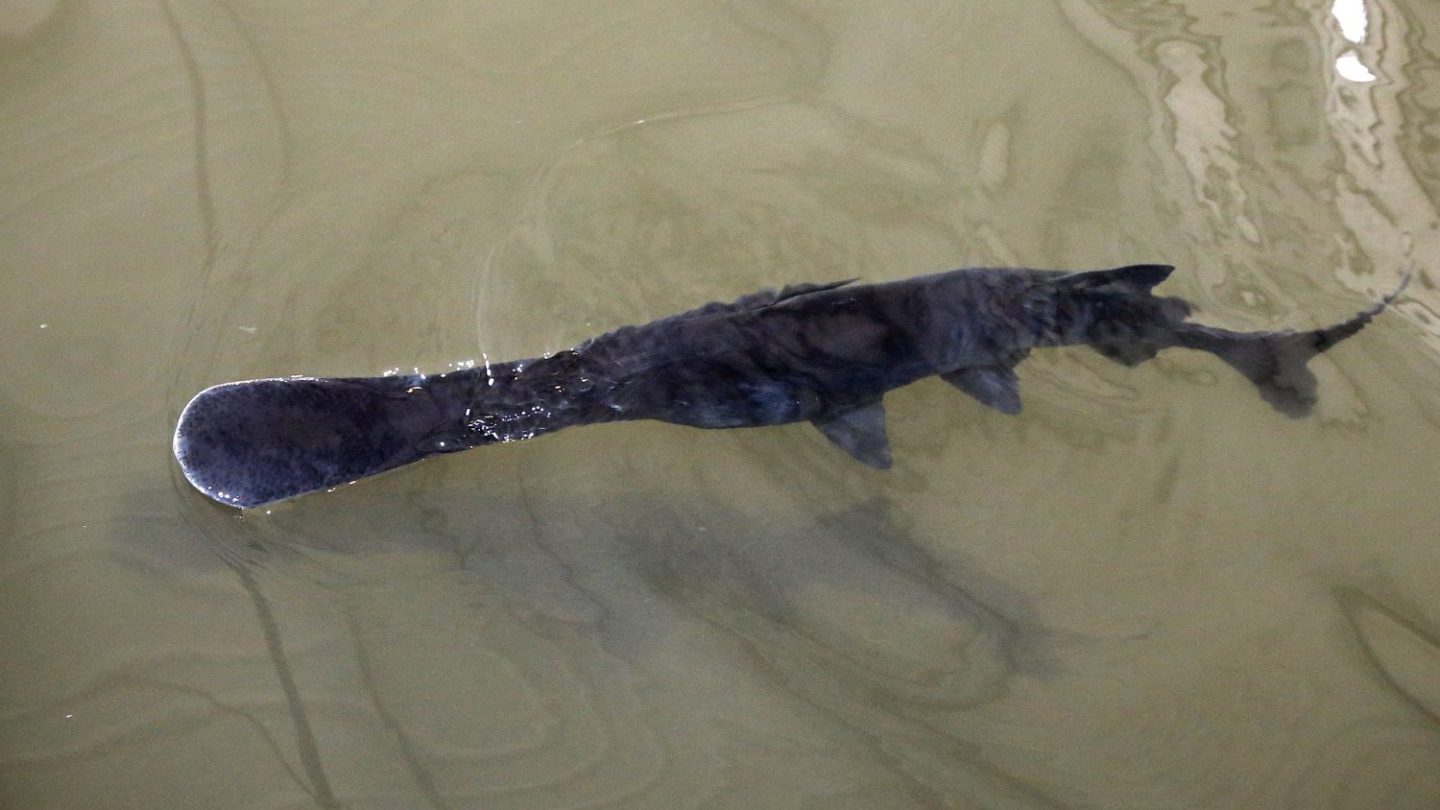 Scientists don’t usually set out to create new species of, well, anything. Generally speaking, creating new species is thought to be a risky endeavor and, of course, there are the ethical hurdles to scale as well. It’s just not a good idea, but as Ian Malcolm once said, life finds a way, and researchers in Hungary seem to have spawned an entirely new fish hybrid completely by accident.

In a new study published in Genes, the researchers describe how they accidentally created a hybrid of two endangered fish species: the American paddlefish and the Russian sturgeon. The team was trying to get the sturgeon species to reproduce asexually, but that’s when things went a bit off the rails.

As the New York Times reports, the team of researchers was experimenting with gynogenesis, which can allow a species to produce new offspring asexually. Sperm are still required for the process to work, but the sperm doesn’t actually contribute to the creation of the offspring… or at least it’s not supposed to.

To induce gynogenesis, the scientists used paddlefish sperm, but to their surprise, the sperm actually fertilized the eggs.

“We never wanted to play around with hybridization. It was absolutely unintentional,” said Dr. Atilla Mozsár, co-author of the research, explains. Nevertheless, the hybrid eggs successfully matured and a new kind of fish was born. Nicknamed the “Sturddlefish,” the new hybrid looks like a sturgeon with an elongated snout, but retains the “sucker” mouth that sturgeon species use to suck up food.

Both species are what researchers consider to be “living fossils,” as they have remained largely unchanged and evolved slowly over a huge stretch of time. The work resulted in hundreds of fertilized eggs and the majority of those eggs survived, hatched, and the fish are still kicking today. However, their fate has already been determined.

The team, which never meant to create these hybrids in the first place, has vowed not to breed any more of them. The fish that are still alive will remain in captivity, and be raised in an ethical manner, but once they’re gone, they’re gone for good.

That’s a good thing since species like this can potentially cause serious harm to the ecosystem if released into the wild. You never know what’s going to happen when you introduce a foreign species into a new area, and these fish are essentially alien to any natural habitat on the planet.