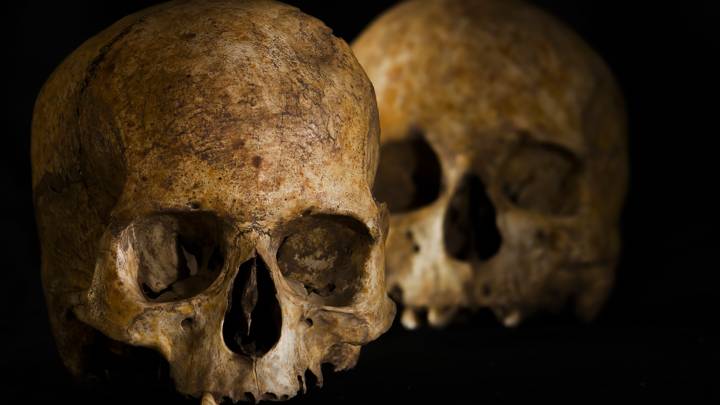 Modern medical techniques have made brain surgery much safer than it ever has been in the past, but the practice of venturing into a person’s skull in the hopes of fixing something dates back to our ancient ancestors. A recent discovery in a cave system in Spain includes the remains of one individual who was the subject of one such operation that apparently failed.

The cave has been a hot spot for archaeological finds in the past, and researchers uncovered portions of the remains of at least two individuals that lived as far back as 4800 B.C., as well as the remains of a juvenile goat and some stone tools.

The remains, which were found in Dehesilla Cave, included two skulls that were missing their jaws. One of the skulls is particularly interesting in that it shows signs of an ancient operation that never was completed. A large depression or dent in the skull suggests that the individual had been operated on by a Stone Age “doctor” for an unknown reason.

As LiveScience explains, skulls from this time period baring holes or pieces which are missing aren’t entirely uncommon. The process is called trepanation and involves the removal of skull material, likely for the purpose of relieving an ailment or even with religious or spiritual intent.

In this particular case, it appears as though the operation wasn’t completed. The dent is readily apparent and, based on the fact that the skull shows signs of new bone growth after the damage occurred, it’s clear that the individual didn’t die from the ordeal. Instead, it may be that the Stone Age surgeon gave up on the operation before breaking through to the inside of the skull, though we’ll never know for sure.

The deaths of the two individuals happened much later than the brain surgery attempt, though it’s unclear exactly how they died. The fact that a young goat was buried with them and the remains of an ancient fire pit were found nearby suggests there may have been a sacrificial aspect at play. It’s possible that both individuals died of natural causes, or that they were both killed. With just the skulls to go on, it’s very hard to say.

“These elements display various characteristics that make it an exceptional archaeological find,” Professor Daniel Garcia-Rivero, lead author of the study, said in a statement. “The differential treatment of skulls with traumatological evidence along with sacrificed animals, as well as the documented archaeological structures and materials do not match the normative funerary record we were working with until now. This discovery is of great importance not only because of its peculiarity, but also because it constitutes a sealed, intact ritual deposit, which is a great opportunity to gain a more detailed insight into the funerary and ritual behaviours of the Neolithic populations of the Iberian Peninsula.”