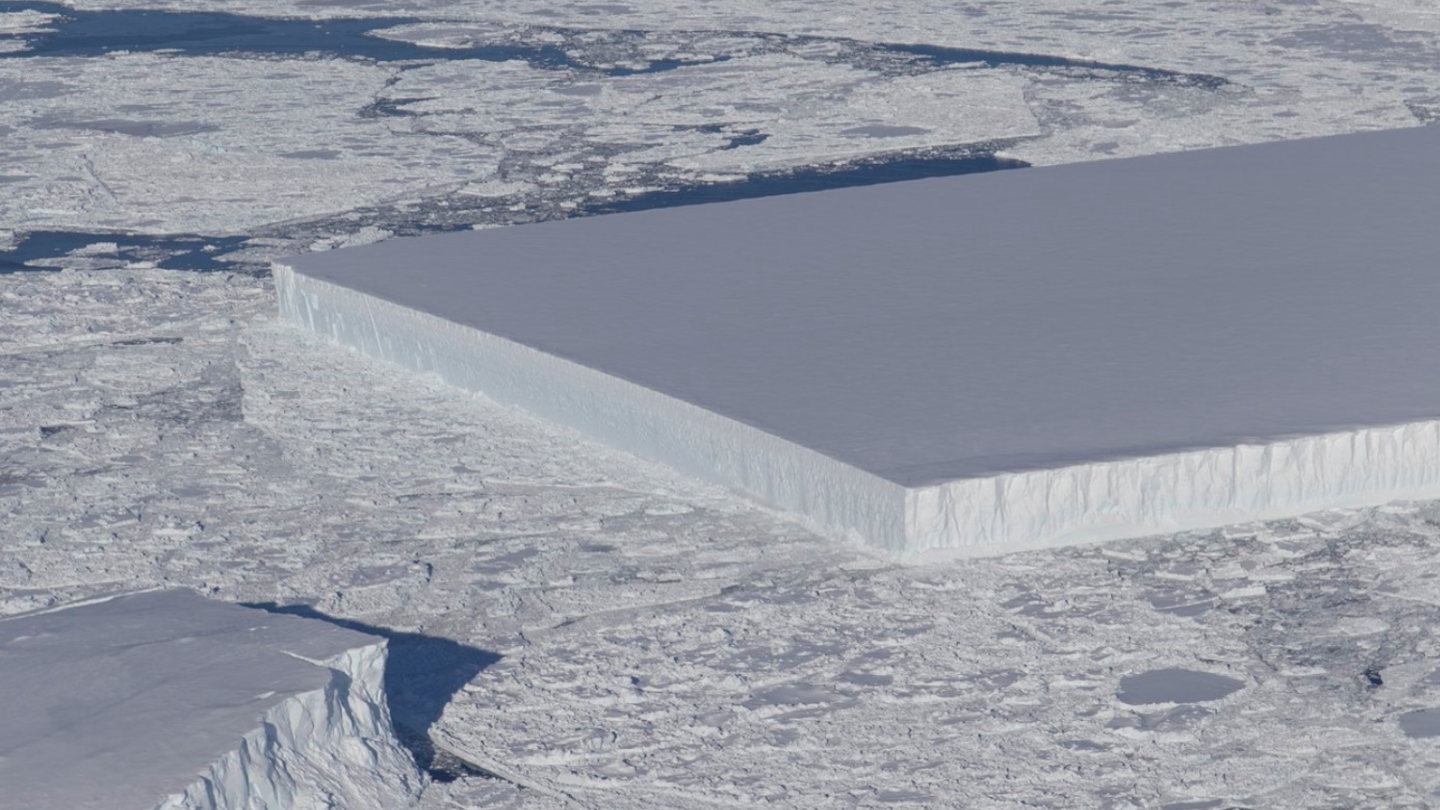 Humans tend to love right angles, but nature doesn’t produce them on its own all that often. Some minerals and rock formations go square all on their own, but you don’t usually see the same with ice. That is, unless you were a member of a recent scientific flight in Antarctica where a colossal iceberg was photographed looking like a perfectly sliced cube.

NASA showed off a fantastic snapshot of the iceberg on Twitter, revealing that the chunk is likely a piece of the Larsen C ice shelf that recently snapped off. Its strange appearance has captured the imaginations of many, but unfortunately, the explanation is a bit more mundane than some of the hilarious theories floating around.

Going by the response on social media, it seems the most popular guess as to why the ice looks like it does is that it was carved by… aliens. It’s a fine theory, but you’d have to wonder why a hyper-intelligent alien civilization capable of interstellar travel would come down to Earth, carve an iceberg into a square, and then leave, right?

From yesterday's #IceBridge flight: A tabular iceberg can be seen on the right, floating among sea ice just off of the Larsen C ice shelf. The iceberg's sharp angles and flat surface indicate that it probably recently calved from the ice shelf. pic.twitter.com/XhgTrf642Z

Those screaming “aliens!” are (mostly) doing so with their tongue firmly in their cheek, and scientists have their own explanation that they’re delivering with a straight face. The large slab is apparently a tabular iceberg. These types of icebergs are formed when a large chunk of an ice shelf snaps off clean from the larger ice shelf and remain upright and whole as drifts.

Smaller non-tabular icebergs are usually much smaller and take on pyramid, dome, or wedge-like shapes. The slate-like tabular bergs are several times longer than they are tall, and when they break free from an ice shelf the calving can be remarkably straight, as was the case for this particular iceberg.

The odds of the ice breaking at two nearly perfect right angles are obviously very slim, which is why we don’t see sights like this very often. Enjoy!