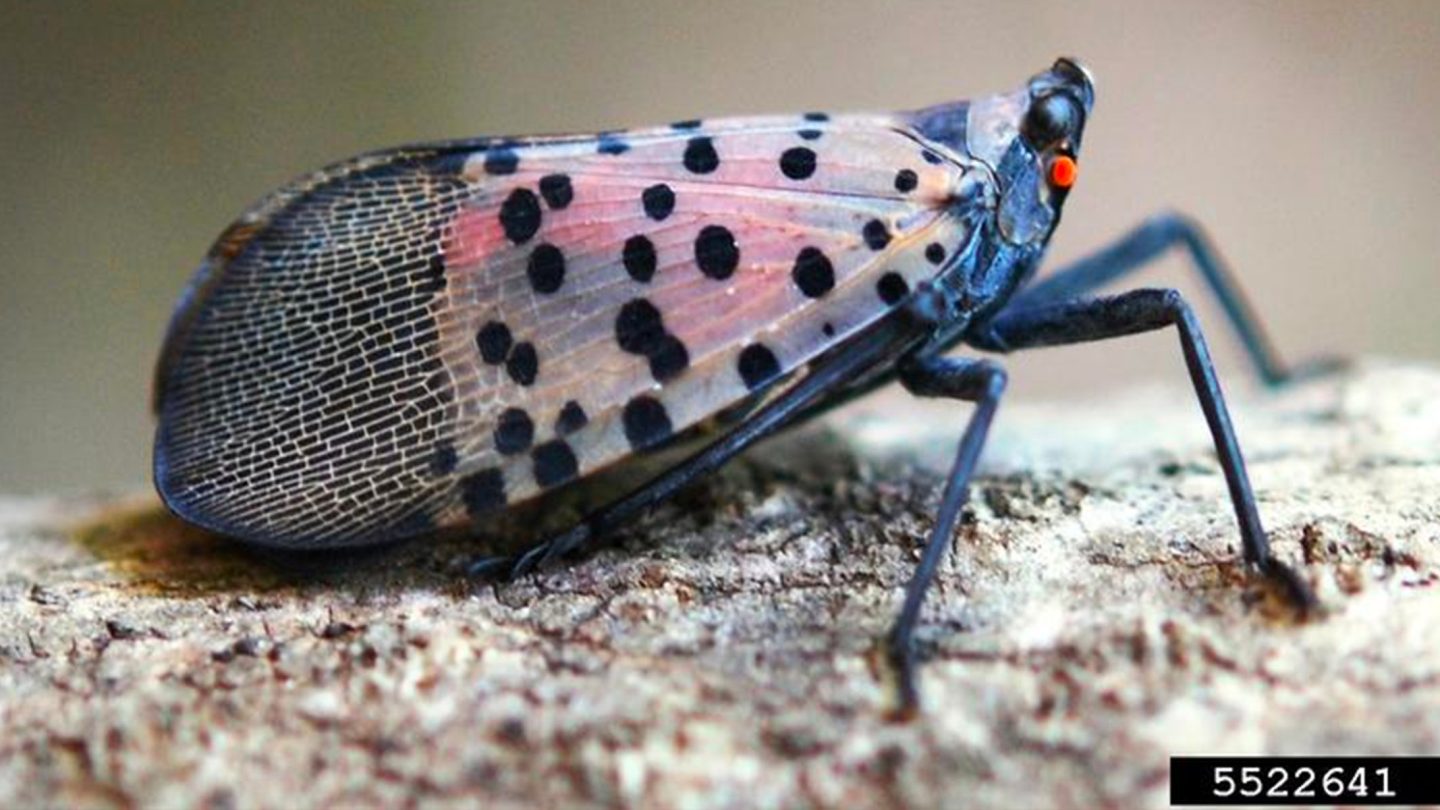 Oftentimes, invasive species are easy to spot. When an invasive plant species invade an area, for example, it’s typically not too difficult to identify it and destroy it. With bugs, on the other hand, things are a bit more complicated. They’re often small, fast, and can easily retreat to safety if you try to interact with (or smash) them.

That difficult task is what state wildlife authorities across the Eastern United States are handing to residents, asking them to be on the lookout for a species of insect called a spotted lanternfly. The insects are native to Asia, but they are wreaking havoc in the United States. Our best defense? A nice, strong smash.

The insects hitch rides on ships and other traffic coming from Asia to the United States and other countries. Here in the United States, they can devastate many native plant species, and according to the New York State Departments of Agriculture and Markets, Environmental Conservation, and Office of Parks, Recreation, and Historic Preservation, the spotted lanternfly poses a threat to over 70 plant species.

Some of the plants the spotted lanternfly can destroy include grapevines, apple trees, and hops, potentially directly impacting the production of foods that rely on these crops.

“Spotted Lanternfly poses a troubling threat to the environment and agriculture of New York State but also to the quality of recreational opportunities and experiences we offer in our State Parks and public lands,” State Parks Commissioner Erik Kulleseid said in a statement. “I applaud our Parks’ environmental stewardship staff for identifying this pest, so New York State can quickly begin taking steps to slow its spread. Park visitors across the state can help in identifying and reporting this destructive pest, and I urge them to familiarize themselves with its signs.”

If you are a New Yorker who spots one of these insects, you’re urged to file a report on the official reporting site. Meanwhile, the insects are also causing problems in Pennsylvania, Maryland, Delaware, and New Jersey. Officials across the region want to keep track of the spread of the species — hence the reporting site — but if you come across one you can also do your part by dispatching the bug and if you see its eggs nearby, scrapping them off of whatever they’re attached to.

It’s not often that environmental officials urge you to kill things, but these invasive bugs are clearly doing far more harm than good, so it seems to be warranted.