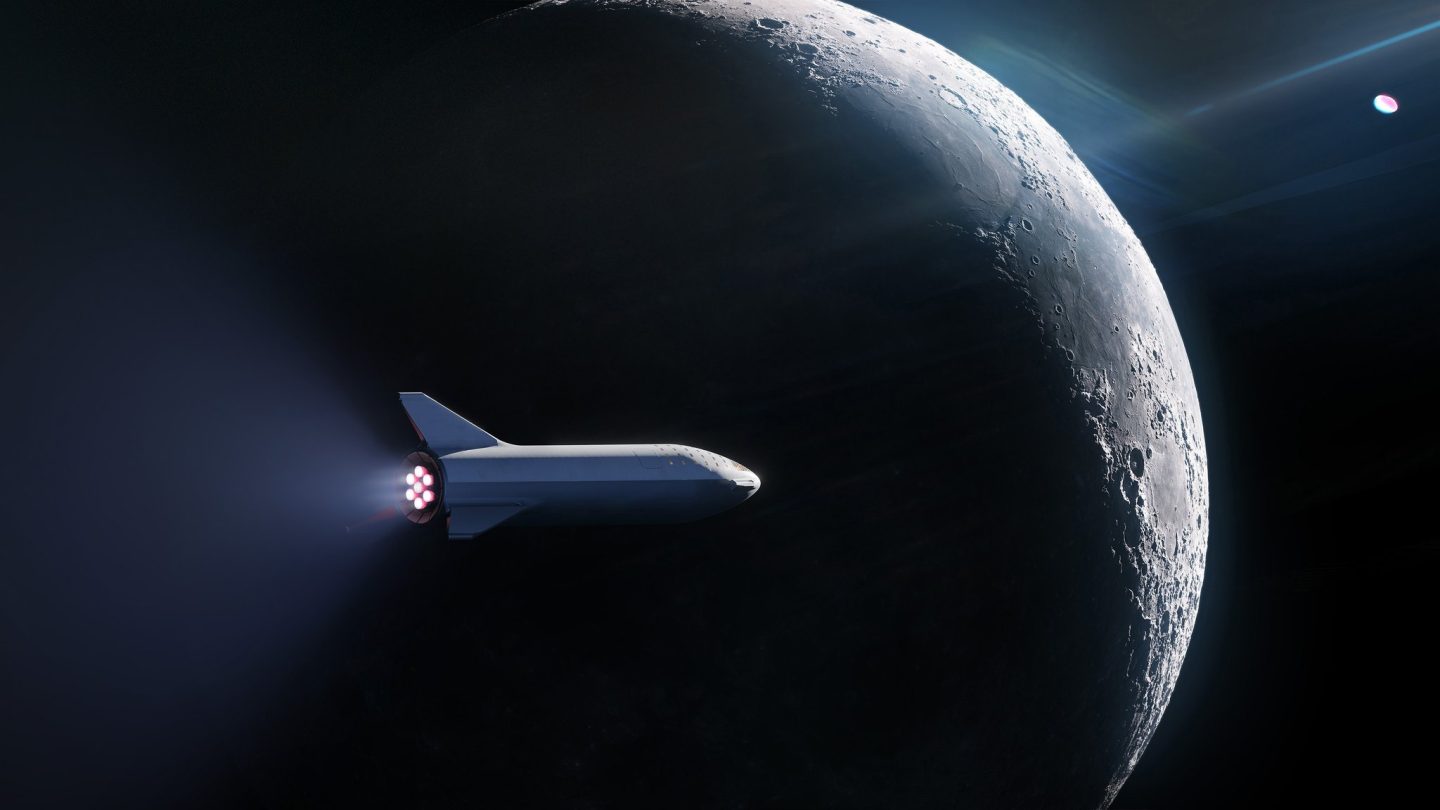 Elon Musk, boss of SpaceX and noted flamethrower enthusiast, is a bit of a bizarre character. He has a habit of tweeting random stuff (that sometimes gets him in trouble), and that’s part of the reason a lot of people love him. In a spontaneous late-night tweet on Monday evening Musk announced that he was renaming SpaceX’s highly anticipated BFR.

The BFR (which stands for ‘Big F-cking Rocket’ or ‘Big Falcon Rocket,’ depending on who you ask) will now be called “Starship.” Well, sort of. After tweeting his initially plans for the new naming scheme Musk quickly clarified that only part of the BFR will be “Starship,” while the rest of it will be called “Super Heavy.”

“Renaming BFR to Starship,” Musk’s first tweet states, adding nothing else. This was enough to get the Twitter machine rolling and hundreds of comments began pouring into the thread. A couple of minutes later Musk provided some additional details:

Technically, two parts: Starship is the spaceship/upper stage & Super Heavy is the rocket booster needed to escape Earth’s deep gravity well (not needed for other planets or moons)

Okay, so the ship itself is “Starship” but the booster is Super Heavy. Got it.

“Starship” is a fine name for a spacecraft, albeit very generic, but the naming scheme wasn’t sitting well with some folks on the social network. As some users quickly pointed out, naming the platform “STARship” implies that it travels between stars… and there’s obviously no plans in place for the BFR to do that. Musk was quick to offer a rebuttal.

Taking humans on a trip to Mars will take somewhere around seven months based on most estimates. It’s a long trip, but nothing compared to a journey to another star. The nearest star to Earth (besides the Sun, of course) is the Alpha Centauri system which is over four light years away. It goes without saying, but we don’t have the technology to even begin to approach light-speed travel.

For a bit of context, the fastest man-made object in space is the Parker Solar Probe that recently broke new ground with a speed of over 155,000 miles per hour. It’s an unmanned spacecraft that will continue to break new speed records thanks to gravity assists and close passes of the Sun. It is expected to top out at around 450,000 miles per hour in the years ahead.

Yeah, we’re not even remotely close to being able to dream of traveling to another star. Musk’s optimism is admirable but if (or when) mankind ever launches to a new star, the BFR will likely be hanging in a museum somewhere.