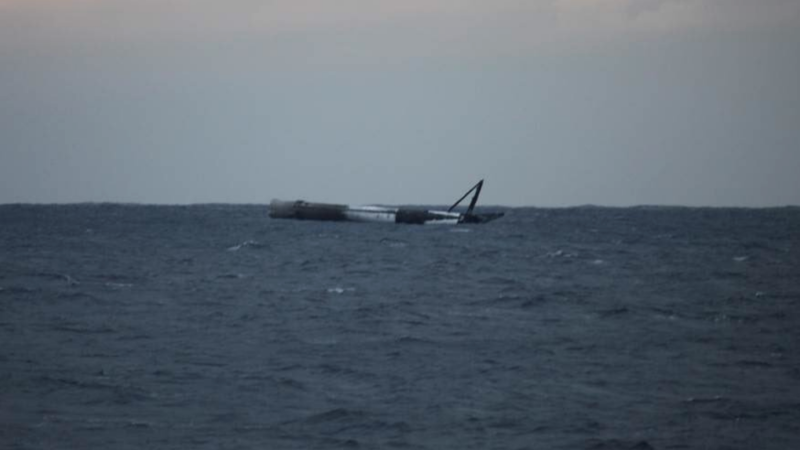 SpaceX is a household name thanks to its ability to perform gravity-defying landings of its used rocket boosters on drone ships. But yesterday’s mission was a little different, because SpaceX wasn’t actually trying to recover the Falcon 9 booster.

After ferrying the Luxembourg GovSat1 into orbit, booster B1032 was supposed to crash-land into the sea, experimenting with a new deceleration technique on the way down. It was never supposed to work — SpaceX said before the launch that it would “not attempt to recover” the Falcon 9 first stage — but to everyone’s surprise, B1032 appears to have made the journey safe and sound.

According to a later post by Elon Musk on Twitter, the booster was supposed to be testing a new, more efficient way of landing on the drone ship. It involves burning more of the rocket’s engines for a shorter period of time compared to the current landing system, which in theory would use less fuel, allowing SpaceX to launch heavier payloads (or into a higher orbit) while still recovering the rocket booster.

This rocket was meant to test very high retrothrust landing in water so it didn’t hurt the droneship, but amazingly it has survived. We will try to tow it back to shore. pic.twitter.com/hipmgdnq16

The Falcon 9 first-stage rocket has nine Merlin 1D rocket engines. It normally uses all of them to get its payload into orbit, but so far, SpaceX has only used one engine to perform the landing. Using more engines would be more fuel-efficient, as every second less the rocket is fighting against gravity, the less fuel it’s using. SpaceX didn’t attempt the landing on one of its drone ships in case something went wrong, just like it did during the first experimental landings.

There’s no video of the attempted landing, but Musk’s photo appears to show the rocket lying in the sea intact, which indicates a gentle landing. Hitting the ocean at any significant speed would have been far more catastrophic. In all likelihood, SpaceX won’t try and re-fly the rocket; it’s one of the older Block 3 models, and the risks associated with flying expensive satellites into space on top of something that’s become friendly with the fishes is too high. However, SpaceX’s engineers can likely gather all kinds of useful data from the booster.