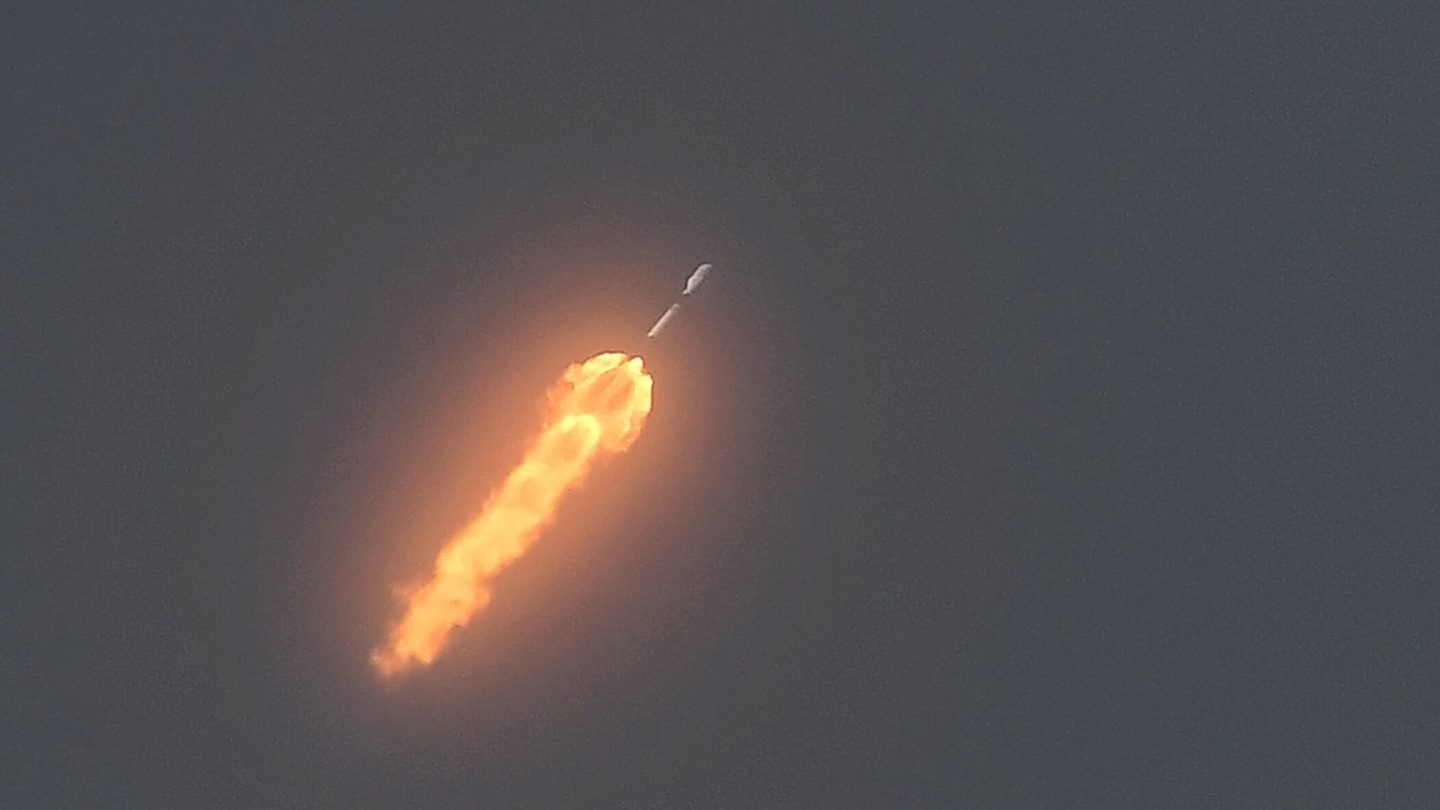 Chances are, your social media feeds on Thursday night probably included some pictures and videos of the night sky from the Pacific Northwest, thanks to scores of people there aiming their smartphones at a stunning yet mysterious light show unfolding high above them. They raced to capture video of … whatever this was, marveling at the display that looked like something truly dazzling and ethereal. “Ummm … just caught this flying over my home in SW Portland,” one Twitter user wrote. Tweeted another: “Shooting stars? Debris? Anyone else see this in Seattle just now?”

There was a bit of confusion and speculation at first about what was actually taking place — if it was a meteor shower, for example, or some kind of space debris falling through the atmosphere. Plenty of people certainly caught sight of it, from Oregon to as far north as Canada, with video snippets posted across Facebook, YouTube, and Twitter. For now, the consensus seems to be that this was SpaceX rocket debris that people were seeing, according to info from authorities including the Seattle office of the National Weather Service.

The Seattle office posted on Twitter that what people saw was debris from a SpaceX Falcon 9 rocket 2nd stage that did not successfully have a deorbit burn and re-enter the atmosphere after its launch earlier this month. “Based on the observed video, this looks more likely than a bolide meteor or similar object as they would be moving far faster on impact with our atmosphere.” the office’s official Twitter account added. “There are NO expected impacts on the ground in our region at this time. More info will be posted as it becomes available.”

SpaceX, at least as of the time of this writing, hasn’t confirmed that’s what it was. Nevertheless, people quickly gravitated to this assumption anyway, including news sources. “We got a really good show tonight thanks to SpaceX,” James Davenport, an astronomer from the University of Washington, told NBC-affiliate KING5. “This was the top end, what we call the second stage, of a Falcon 9 rocket. It was actually launched about three weeks ago and it did exactly what it was supposed to do: it put satellites in orbit.”

“The only failure it had was it didn’t complete its de-orbit burn, so it didn’t come down when and where we expected it. It’s just been waiting to fall for the last three weeks and we got lucky and it came right over head.”

This launch that this debris stems from happened on March 4th, and it sent another batch of SpaceX Starlink satellites into orbit. Fun fact: Jonathan McDowell, an astronomer at the Center for Astrophysics, tweeted a thread about the debris that people saw, a thread in which he explained that this re-entry of debris actually happens more often than you might think: “This is the 14th piece of space junk with a mass over one (ton) that has reentered since Jan 1st this year,” McDowell wrote.

Meantime, enjoy some of the reactions to this event:

Just saw an amazing meteor over Seattle. Anybody else see it? pic.twitter.com/F6bZXqcaQW

The debris from the Falcon SpaceX rocket over the Pacific Northwest last night. Very “War of the Worlds” vibes pic.twitter.com/JWMqvSx2Ve

DID YOU SEE THIS? I have never in my life seen something so incredible. I am in awe. Just happened over Portland about 10 minutes ago. #LiveOnK2 pic.twitter.com/L9wLEXBrcW

Debris from a SpaceX Falcon 9 rocket lights up the sky around Seattle upon re-entry into the earth’s atmosphere.

The second rocket stage was part of the March 4th launch of the SpaceX Starlink satellite internet system. pic.twitter.com/1UEwq5NcNk