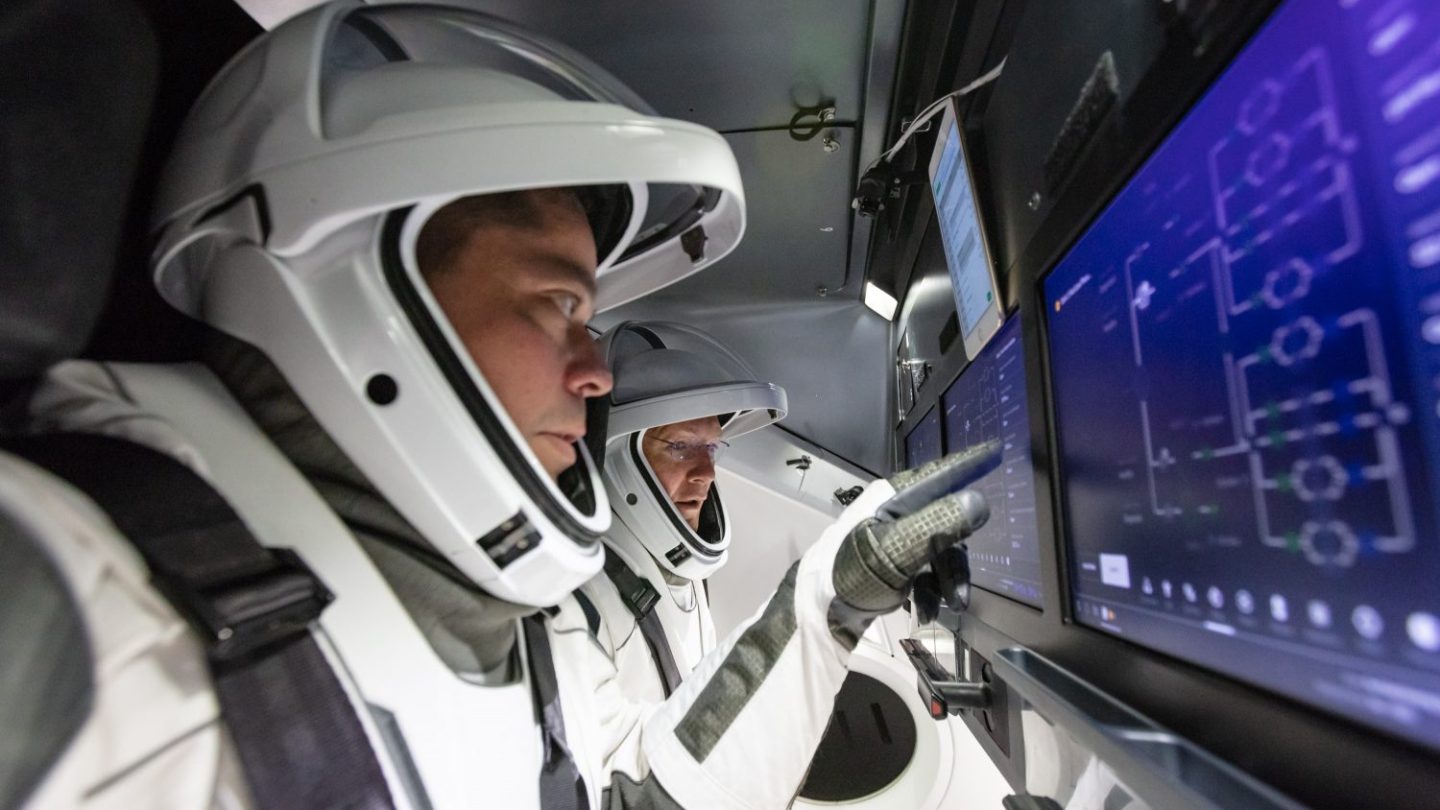 One of NASA’s most important goals — the launch of astronauts from US soil for the first time since the Space Shuttle era — is very, very close to being reached. NASA teamed up with both SpaceX and Boeing for its Commercial Crew Program, tasking both companies with building spacecraft that could safely and swiftly deliver astronauts to the International Space Station. SpaceX is first to arrive at the finish line, but crossing it means a successful launch and journey to the orbiting laboratory.

Now, with just weeks left before the May 27th launch date, NASA astronauts Robert Behnken and Douglas Hurley have entered pre-flight quarantine to ensure they remain healthy for the trip and their stay aboard the ISS.

The word “quarantine” is all over the news lately for obvious reasons, but the two-week isolation the astronaut duo will endure has nothing to do with the coronavirus. This strict quarantine is a routine measure designed to ensure the scientists don’t fall ill during the mission or carry an infectious illness with them into space.

That being said, NASA is taking some additional steps to ensure that the coronavirus doesn’t pose a threat to the launch or the crew. NASA says any visitors “will be screened for temperature and symptoms” before being allowed to visit the launch site or speak with crew members. NASA staff that will be in close proximity to the astronauts during flight preparations will receive two tests for the virus before being allowed to carry out their duties.

NASA, as you might imagine, is very excited to finally have the ability to launch astronauts into space on its own terms. Up to this point, the US space agency has relied on Russia’s Roscosmos space agency, buying seats on Russian rockets bound for the space station. Now, assuming this final demo mission of the SpaceX Crew Dragon goes as planned, NASA will have the freedom to launch whenever it pleases.

“Behnken and Hurley will be the first American astronauts to fly to the station aboard an American spacecraft launched from American soil since the retirement of the Space Shuttle Program in 2011,” NASA explains in a new blog post. “The Demo-2 flight is an end-to-end test of SpaceX’s crew transportation system, part of NASA’s Commercial Crew Program. They’ll meet up with the Expedition 63 crew already in residence aboard the orbiting laboratory: NASA astronaut Chris Cassidy and cosmonauts Anatoly Ivanishin and Ivan Vagner.”