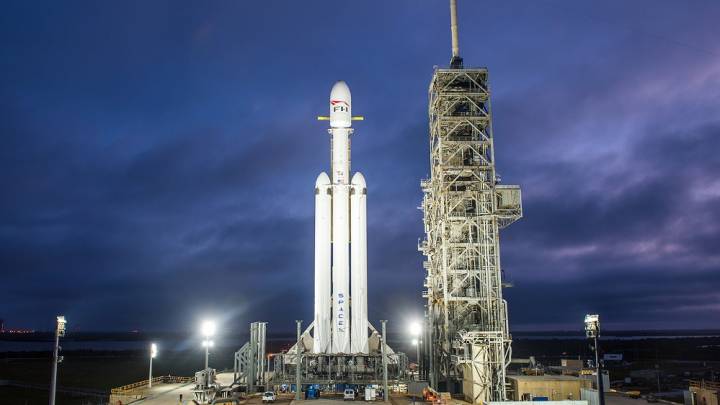 Nearly seven full years since it announced plans for the Falcon Heavy rocket, SpaceX is finally poised to actually deliver on its promise to launch its colossal vehicle into space. The company has received the all-important approval from federal officials to send its rocket skyward and it’s all going down tomorrow, for better or worse.

SpaceX initially planned to launch the Heavy as early as 2013, though it quickly became clear that it had bitten off far more than it could chew. Numerous delays and setbacks followed, the latest of which was the shutdown of the US government which caused a hiccup in the testing schedule for the Falcon Heavy’s engines. But that’s all in the past now, and all that’s left to do is see whether or not the launch ends in success, utter catastrophe, or somewhere in between.

The Falcon Heavy launch window will open at 1:30 pm EST on Tuesday, and the spacecraft will be awaiting the all-clear from its spot on pad 39A at the Kennedy Space Center on Merritt Island in Florida. The launch window will remain open for a period of two and a half hours, closing at approximately 4:00 pm EST. Officials are hopeful that the weather will play nice with that time slot, and the US Air Force is forecasting an 80% chance of calm skies.

All eyes will be on SpaceX tomorrow, but it’s worth remembering that head man Elon Musk has been very careful to temper expectations regarding the outcome of the launch. If everything goes perfectly, the Falcon Heavy will send Musk’s own Tesla Roadster into a hyperbolic orbit around the Sun, but not even Musk himself is actually expecting SpaceX to pull it off.

“There’s a lot of risk associated with the Falcon Heavy, a real good chance that vehicle does not make it to orbit,” Musk told those at the 2017 International Space Station Research and Development conference . “I hope it makes it far enough away from the pad that it doesn’t cause pad damage. I would consider even that a win, to be honest.”

It took SpaceX many, many tries to get its Falcon 9 to the relatively reliable state the platform is in today, and even though the Heavy is more or less just three Falcon 9 rockets strapped to each other, there’s an incredible number of things that could go wrong.