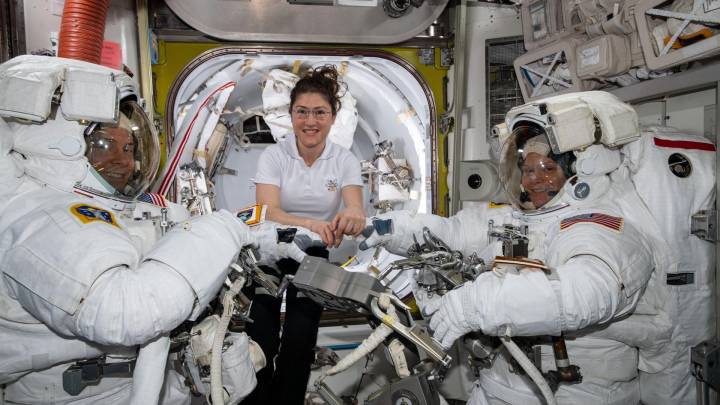 This was supposed to be a history-making week for NASA, with the first all-female spacewalk originally planned to take place on Friday. Unfortunately, a last-second swap has led to one of the expected participants, Anne McClain, being replaced with fellow ISS inhabitant Nick Hague.

NASA’s explanation was that McClain wouldn’t have a space suit available to her for the spacewalk due to sizing, since Christina Koch will be wearing the medium-sized suit that McClain wore during her previous spacewalk last week. This left a lot of people scratching their heads. After all, NASA says there’s two of every size of space suit on board the ISS, so why can’t both McClain and Koch wear the same sized suits? Speaking with CNN, NASA representatives offered a deeper explanation.

The lengthy discussion reveals some of the quirks of life aboard the International Space Station, as well as some insight into how human bodies change once they are in space.

NASA has two of each size of space suit on the ISS, but only one of them is fully outfitted and ready to use at any given time. The other suits, which are considered backups, can’t be pulled out and used immediately, and they must be prepped for use in space.

We do our best to anticipate the spacesuit sizes that each astronaut will need, based on the spacesuit size they wore in training on the ground, and in some cases (including Anne McClain’s) astronauts train in multiple sizes. However, individuals’ sizing needs may change when they are on orbit, in response to the changes living in microgravity can bring about in a body. In addition, no one training environment can fully simulate performing a spacewalk in microgravity, and an individual may find that their sizing preferences change in space.

Training in various space suits on Earth can’t adequately predict what suit will fit you better in space, and in this case the time crunch between the two spacewalks has forced NASA to replace McClain with Hague. It’s obviously a bummer for McClain, but nobody wants to be floating around in space in a suit that doesn’t fit.