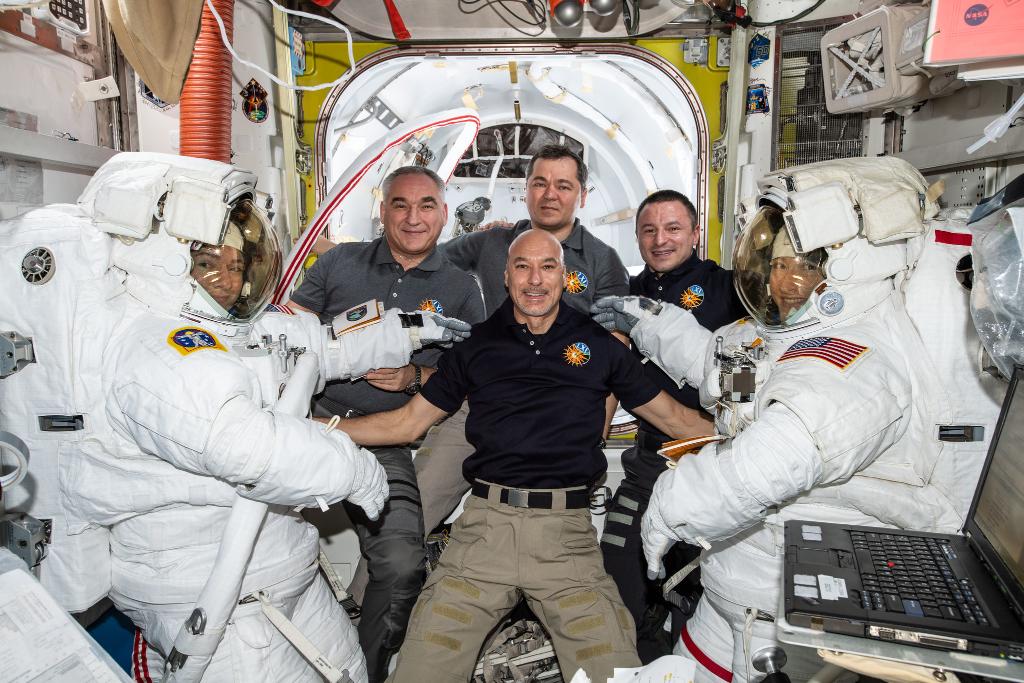 Folks, 2020 is here. If you celebrated the new year at midnight of whatever time zone you happen to be located in, you probably rang in 2020 with family and/or friends. Perhaps you were even cuddled up on your couch with your dog, which sounds delightful, but however you chose to celebrate, you did so along with gravity. The high-flying scientists aboard the International Space Station don’t have that luxury, or even a time zone to call their own, but they celebrated the big even just the same.

In a tweet shared by the official ISS account, the crew wishes everyone on Earth a happy 2020, while also offering us some inside info on just when the “ball” officially drops in space.

The International Space Station cruises around Earth at a speed of nearly five miles per second. When you’re moving that fast, and completing multiple orbits of the planet every single day, time zones don’t really mean much. That’s why the ISS operates on Greenwich Mean Time, or GMT. By sticking to GMT, the crew can keep a set schedule and not worry about the Sun flying by the window, but that also means that they celebrated the start of 2020 at approximately 7 pm ET.

3, 2, 1… #HappyNewYear! We're usually counting down to liftoff, but today, we're counting down to 2020. 🗓️ The space station operates in Greenwich Mean Time, or GMT, meaning it will only be 7 pm ET when the orbiting astronauts' clock strikes midnight to ring in the new year! 🎉 pic.twitter.com/I7OIkhwb1W

That’s right. Not only do the astronauts aboard the International Space Station get to see all kinds of awesome sights and, you know, live in space, they also got to celebrate New Years’ way before anyone in the United States. Talk about a job with perks!

Anyway, now that the holidays are pretty much wrapped up, life aboard the International Space Station will return to something resembling normalcy. There’s still lots of work to be done before the next crew rotation, and we can’t wait to see what the new year will bring.