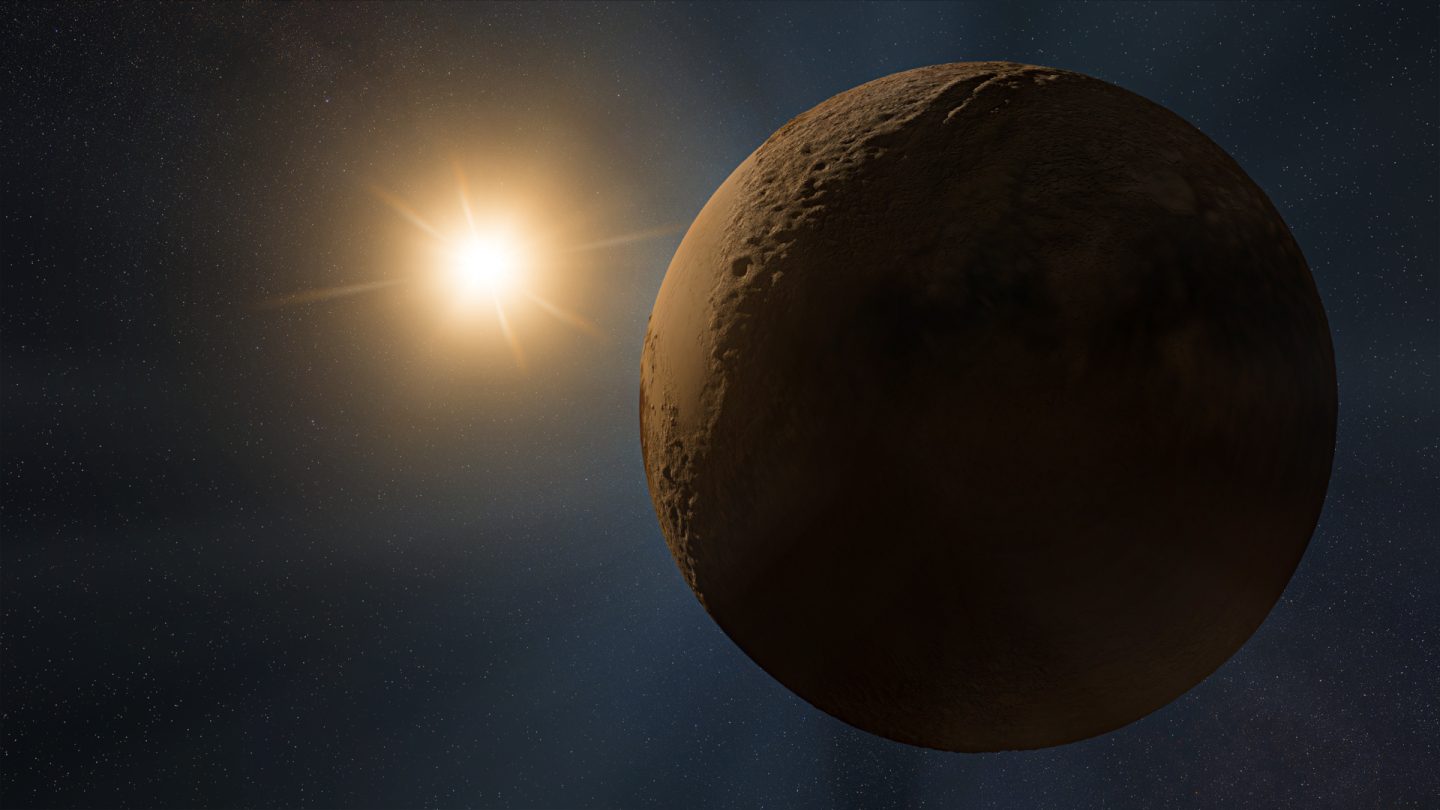 It might not be a planet anymore, but Pluto is still a pretty interesting place. It’s a rocky world covered in a thick layer of water ice and frozen nitrogen, and it’s close enough that we can study it with relative ease. Now, using data gathered by the New Horizons spacecraft when it flew past the pint-sized planet in 2015, NASA has published a video that offers the best look yet at what it would be like to fly high over Pluto’s frigid peaks and valleys, and it’s glorious.

“This dramatic Pluto flyover begins over the highlands to the southwest of the great expanse of nitrogen ice plain informally named Sputnik Planitia,” NASA explains of the video. “The viewer first passes over the western margin of Sputnik, where it borders the dark, cratered terrain of Cthulhu Macula, with the blocky mountain ranges located within the plains seen on the right. The tour moves north past the rugged and fractured highlands of Voyager Terra and then turns southward over Pioneer Terra — which exhibits deep and wide pits — before concluding over the bladed terrain of Tartarus Dorsa in the far east of the encounter hemisphere.”

Humanity has had an interesting relationship with Pluto lately. After many decades being labeled the ninth planet in our Solar System, scientists reclassified Pluto about ten years ago, officially dubbing it a dwarf planet rather than a full-fledged one. This video render, using accurate digital maps and images of the tiny world, might make you feel a bit nostalgic for the days when Pluto was official in the club, but don’t worry, it probably doesn’t care either way.