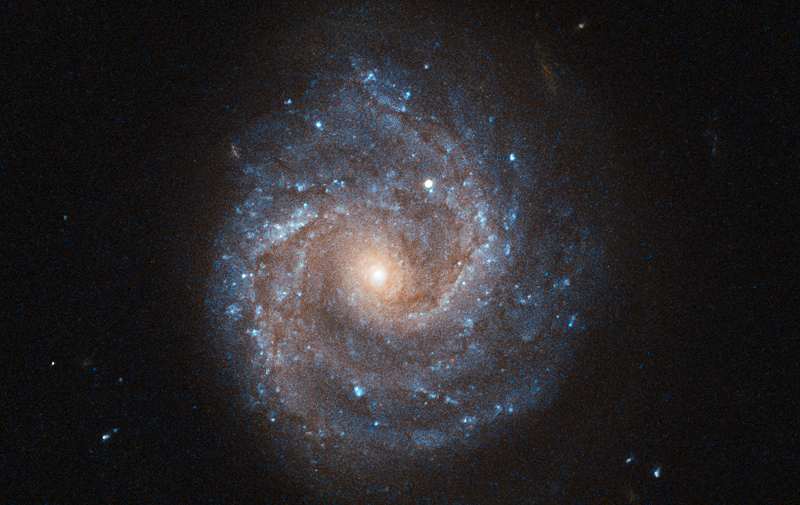 There’s plenty of reasons to envy anyone whose job it is to find cool stuff in space. I mean, they get to stare into the cosmos with fancy, priceless tools, and discover things that humanity has never seen before. That being said, there’s one thing that definitely wouldn’t be so great about finding countless new planets, galaxies, and star formations: coming up with names for them all. A stunning new photo released by NASA shows off a gorgeous galaxy some 400 million light-years away from Earth, but its name is absolutely ridiculous. That fancy blob of orange and blue you see above is officially 2XMM J143450.5+033843.

That long, rambling moniker doesn’t exactly roll off the tongue, but its name is actually some pretty important information in itself. The letters and numbers indicate what observatory discovered it, as well as the galaxy’s celestial coordinates.

NASA believes that the galaxy is driven by a supermassive black hole at its center, and that it is what is known as an “Active Galactic Nucleus,” spilling X-rays into the universe from all sides. It’s so incredibly far away that there’s really no chance humanity will visit it in the foreseeable future, but from our perspective it’s still a pretty stunning sight to behold.