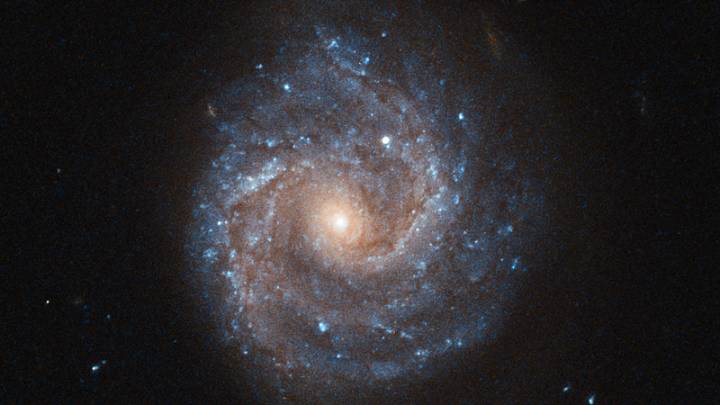 Ever wonder what you’re made of? Is Earth, and by extension humanity, built of matter that collected here after the big bang, or are our origins much more complicated? Our little Solar System tucked away between the massive arms of the Milky Way galaxy might not have the origins that scientists have long assumed, and new research suggests that an untold amount of matter in our home galaxy might not have originated here at all.

The research, carried out by astrophysicists at Northwestern University and published in a new paper, revealed that the massive explosions from dying stars in other galaxies might be responsible for sending material through space which was eventually drawn in by the Milky Way.

The process is called intergalactic transfer, and scientists first discovered that it exists thanks to advanced supercomputer simulations of dying stars. The data revealed that the remarkable amount of matter thrown out during a supernova could be carried between galaxies, allowing new stars and planets to form in one galaxy by using ejected matter from another.

The potential spread of extragalactic matter is interesting for a number of reasons, not least of which is the possibility that the Milky Way, our Solar System, and even our own planet was built in part with matter that first gathered many light years away. The research shows that this matter could travel for billions of years before being drawn in by another galaxy, so there’s no telling how far the matter that makes up you and I actually traveled — or how far it will travel in the distant future, long after we’re gone and our star undergoes its own dramatic final transformation.