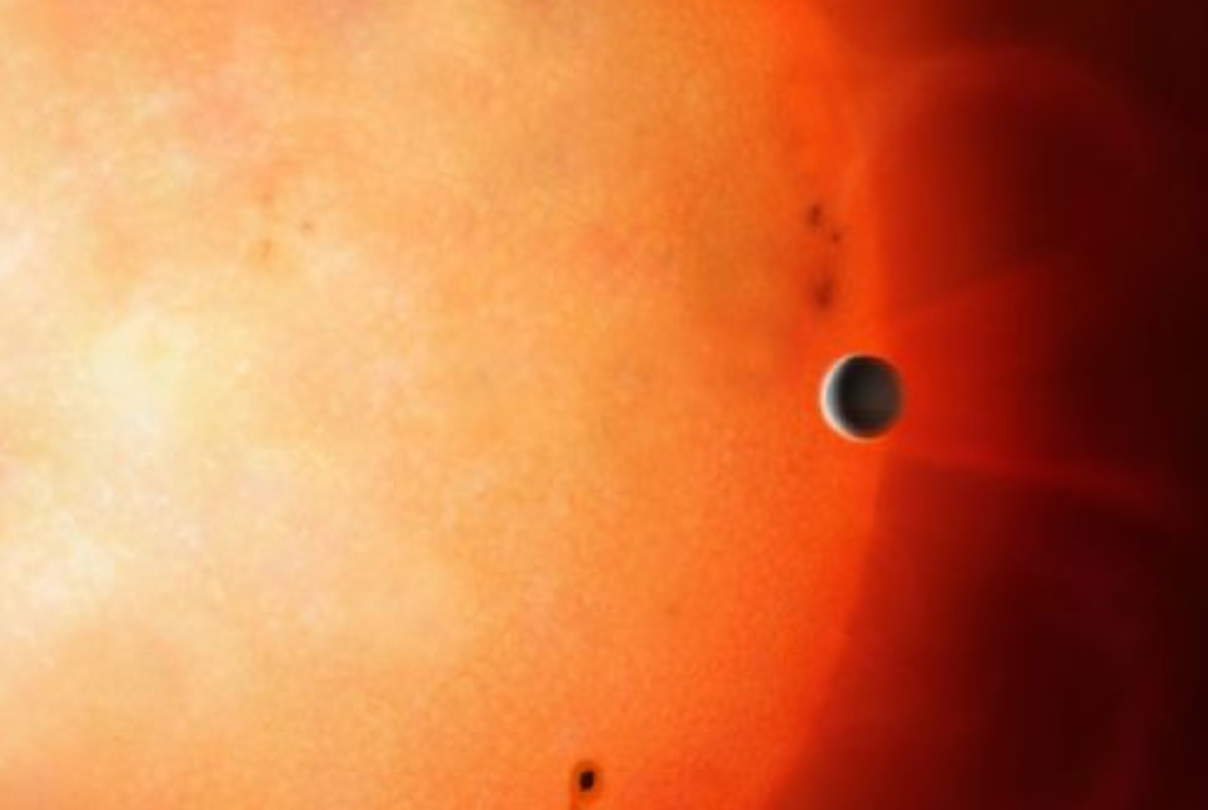 Detecting the presence of a new exoplanet hundreds of light-years away is always exciting for astronomers, but not all newly-discovered planets are created equal. Some are undeniably more interesting than others, and the planet known as NGTS-10b is most certainly one of the more intriguing worlds scientists have found.

The planet isn’t Earth-like or promising for life, but it does happen to be orbiting its star at an incredibly short distance. In fact, it completes an entire orbit of its start in a mere 18 hours. It’s a gas giant, making it a so-called “hot Jupiter,” but it might not be around for long. As researchers explain in a new paper published in Monthly Notices of the Royal Astronomical Society, the planet may be dying even as we speak.

The discovery of the planet is special because hot Jupiters are rare, at least as far as astronomers are concerned. We simply don’t find them very often, and scientists are eager to understand why that is.

“We’re excited to announce the discovery of NGTS-10b, an extremely short period Jupiter-sized planet orbiting a star not too dissimilar from our Sun. We are also pleased that NGTS continues to push the boundaries in ground-based transiting exoplanet science through the discovery of rare classes of exoplanets,” Dr. James McCormac, lead author of the study, said in a statement.

“Although in theory hot Jupiters with short orbital periods (less than 24 hours) are the easiest to detect due to their large size and frequent transits, they have proven to be extremely rare. Of the hundreds of hot Jupiters currently known there are only seven that have an orbital period of less than one day.”

Based on its current position and what astronomers know about the rarity of such planets, the researchers suggest that the planet may be spiraling into its star. Further observations will reveal if this is indeed the case, and if the scientists notice that the planet’s orbital period slows, that could indicate that it is indeed on a death march toward its star.

“Everything that we know about planet formation tells us that planets and stars form at the same time,” Dr. Daniel Bayliss, co-author of the study, said in a statement. “The best model that we’ve got suggests that the star is about ten billion years old and we’d assume that the planet is too. Either we are seeing it in the last stages of its life, or somehow it’s able to live here longer than it should.”