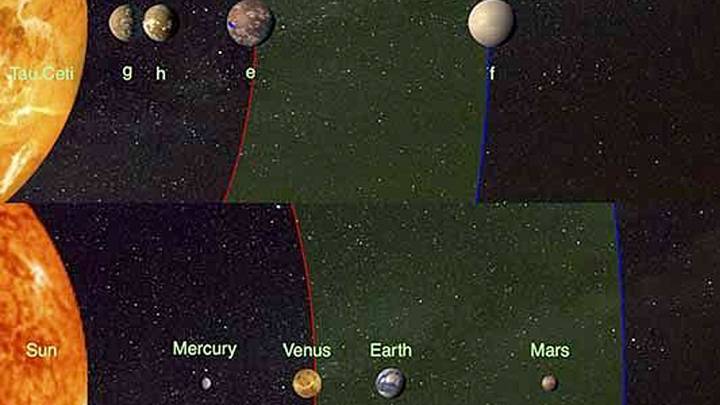 Exoplanets seem to be a dime a dozen these days, but rarely are they as promising as a pair of newly-discovered worlds orbiting a star called Tau Ceti. The star, which is a lot like our own sun, is remarkably close to our solar system, and two of the planets cruising nearby are right on the edges of the habitable zone, and they’re absolutely huge.

Tau Ceti is just 12 light years away from Earth, making it practically a next-door neighbor, and researchers led by Fabo Feng of the University of Hertfordshire in the UK believe they’ve confirmed the presence of two “super-Earths” in orbit. Those planets are significantly larger than our own planet, with the smallest having a mass of around 1.7 times that of Earth.

The planets are situated right on the inner and outer edges of Tau Ceti’s habitable zone, meaning that it’s possible that liquid water exists on the surface of both of them. Life as we know it is dependent on liquid water for its existence, and if rocky, habitable worlds with ample water exist just 12 light years away, they might be our best bet as scientists search for signs of life outside of Earth, or even a potential target for human colonization.

Unfortunately, not all is well on these newly-discovered worlds. Along with confirming the existence of the planets, the research team also notes that the Tau Ceti system is thick with debris, meaning that asteroid and comet strikes are probably a common occurrence. If life exists there, it would hardly be paradise.