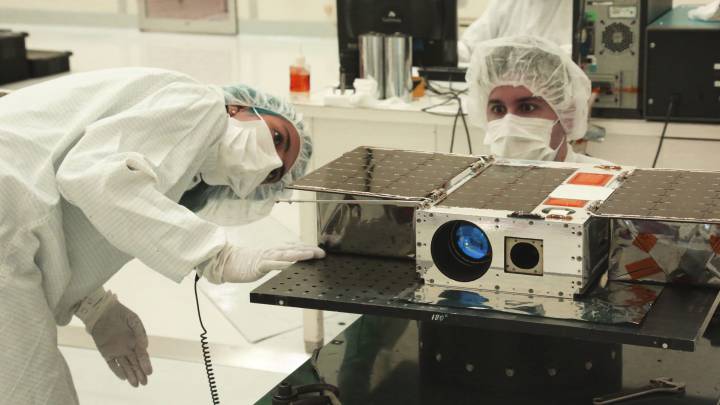 NASA has a lot of high-tech hardware cruising around in space right now, but one of the space agency’s pint-sized exoplanet hunters appears to have gone dark. In a post by NASA’s Jet Propulsion Laboratory, the group explains that its ASTERIA satellite has been failing to return attempts to contact it for about a month now.

ASTERIA is a tiny satellite capable of observing some very big things. The spacecraft was sent into Earth orbit in late 2017, and it spent several months studying nearby stars for changes in their brightness. These brightness dips are the telltale signs that a planet is orbiting those stars.

Much of NASA’s exoplanet-hunting hardware is big and beefy, but the ASTERIA mission proved that spotting hints of exoplanets is indeed possible using much smaller devices. CubeSats, which are only about the size of a briefcase, are easier to deploy than their larger counterparts, and ASTERIA showed that CubeSats can make for good planet hunters.

“The ASTERIA project achieved outstanding results during its three -month prime mission and its nearly two-year-long extended mission,” Lorraine Fesq of NASA’s Jet Propulsion Laboratory said in a statement. “Although we are disappointed that we lost contact with the spacecraft, we are thrilled with all that we have accomplished with this impressive CubeSat.”

JPL’s engineers say they plan to continue to attempt to contact ASTERIA for at least another few months. If the spacecraft refuses to respond after March 2020, NASA will be forced to pull the plug, but that doesn’t mean the mission was a failure. In fact, it’s considered to have been a huge success, and could lead to more CubeSat exoplanet hunters in the future.