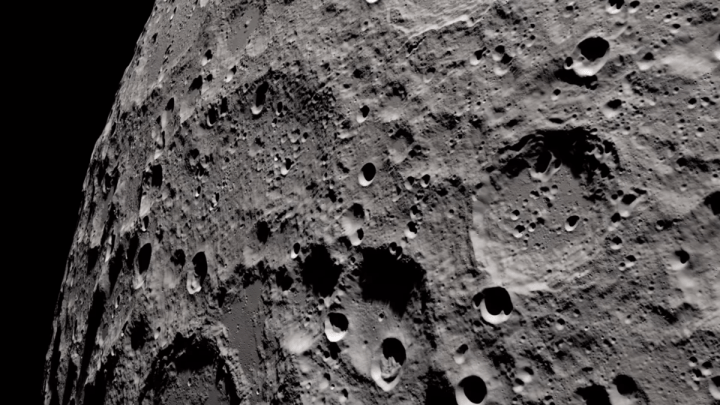 NASA’s Apollo 13 was one of the space agency’s most incredible missions into space. With a goal of landing on the Moon, the mission hit a colossal snag when a spacecraft malfunction blew it off course and threatened the lives of the three-man crew. It took an around-the-clock effort to bring them back alive, and was ultimately deemed a “successful failure.”

It was a trying time for the space agency as well as the astronauts aboard the doomed spacecraft. Rather than landing on the Moon, the crew used the Moon’s gravity to slingshot the spacecraft around and make a quick flight back to Earth. It wasn’t what anyone had planned, but it did provide the men with a glorious, up-close look at the Moon.

Now, with the help of the high-resolution camera of the Lunar Reconnaissance Orbiter, NASA has recreated the Apollo 13 crew’s trip around the Moon, only this time it’s in glorious 4k. The video, which lasts just a few minutes, is absolutely lovely.

NASA’s description of the video reads as follows:

This video uses data gathered from the Lunar Reconnaissance Orbiter spacecraft to recreate some of the stunning views of the Moon that the Apollo 13 astronauts saw on their perilous journey around the farside in 1970. These visualizations, in 4K resolution, depict many different views of the lunar surface, starting with earthset and sunrise and concluding with the time Apollo 13 reestablished radio contact with Mission Control. Also depicted is the path of the free return trajectory around the Moon, and a continuous view of the Moon throughout that path. All views have been sped up for timing purposes — they are not shown in “real-time.”

It’s wild to imagine what the Apollo 13 astronauts were thinking as they gazed down at these very same visuals. There they were, stuck inside their frigid spacecraft, cut off from all communication with Earth and wondering whether they’d actually make it back to Earth in one piece. The trio did, in fact, survive, and their return to Earth after the spacecraft malfunction is still considered one of NASA’s greatest accomplishments.