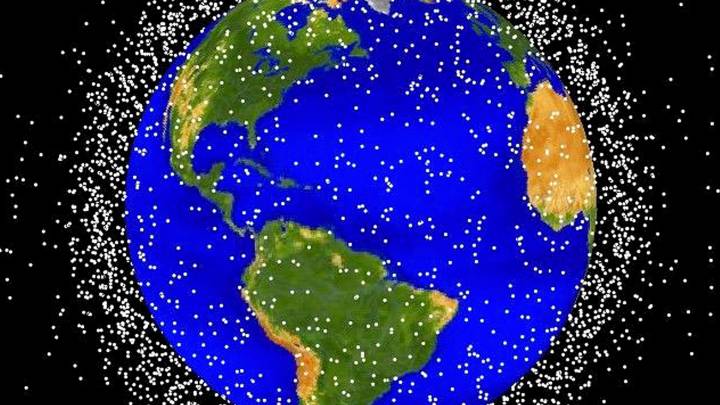 Advancing technology and miniaturization go hand-in-hand. That’s great when it comes to smartphones and ultra-thin laptops, but it’s becoming a real problem in space. We’ve heard for a long time that “space junk” is a growing problem, but we’re reaching a point where the population of tiny satellites — some which have long since actually worked — is becoming so dense that it’s posing a risk not just to space travelers, but to you and I as well.

A lengthy new report from the Wall Street Journal paints a detailed picture of how dire the situation already is, and how much worse it’s about to get. As satellite technology shrinks, and incredibly cheap devices like the modular CubeSat platform continue to grow in popularity among researchers, weather watchers, military groups and government agencies, narrow bands of orbital space are becoming saturated.

Because of their size and low cost, satellites built with no maneuvering capabilities are the go-to for many projects, but they’re also incredibly dangerous. They can be hard to track, they often fail to promptly fall back to Earth after their missions are completed (and rarely actually complete their missions in the first place), and they sometimes don’t even work at all. With no thrusters to control their trajectory, the tiny gadgets are sprinkled into orbit with nothing but gravity to guide them. If they end up on a collision course with another satellite or random piece of debris there’s nothing they can do to save themselves.

Earlier this year, a Japanese mission to help remove space junk with a huge tether failed outright, which didn’t engender much confidence in humanity’s ability to clean up the mess we’ve caused. In 2024, the European Space Agency is going to try its hand at a similar mission, with a satellite designed to snag busted satellites and prevent them from causing any serious damage. NASA, for its part, is going to launch a space debris detection craft before the end of the year to help provide a clearer picture of the problem, and hopefully expedite a solution.