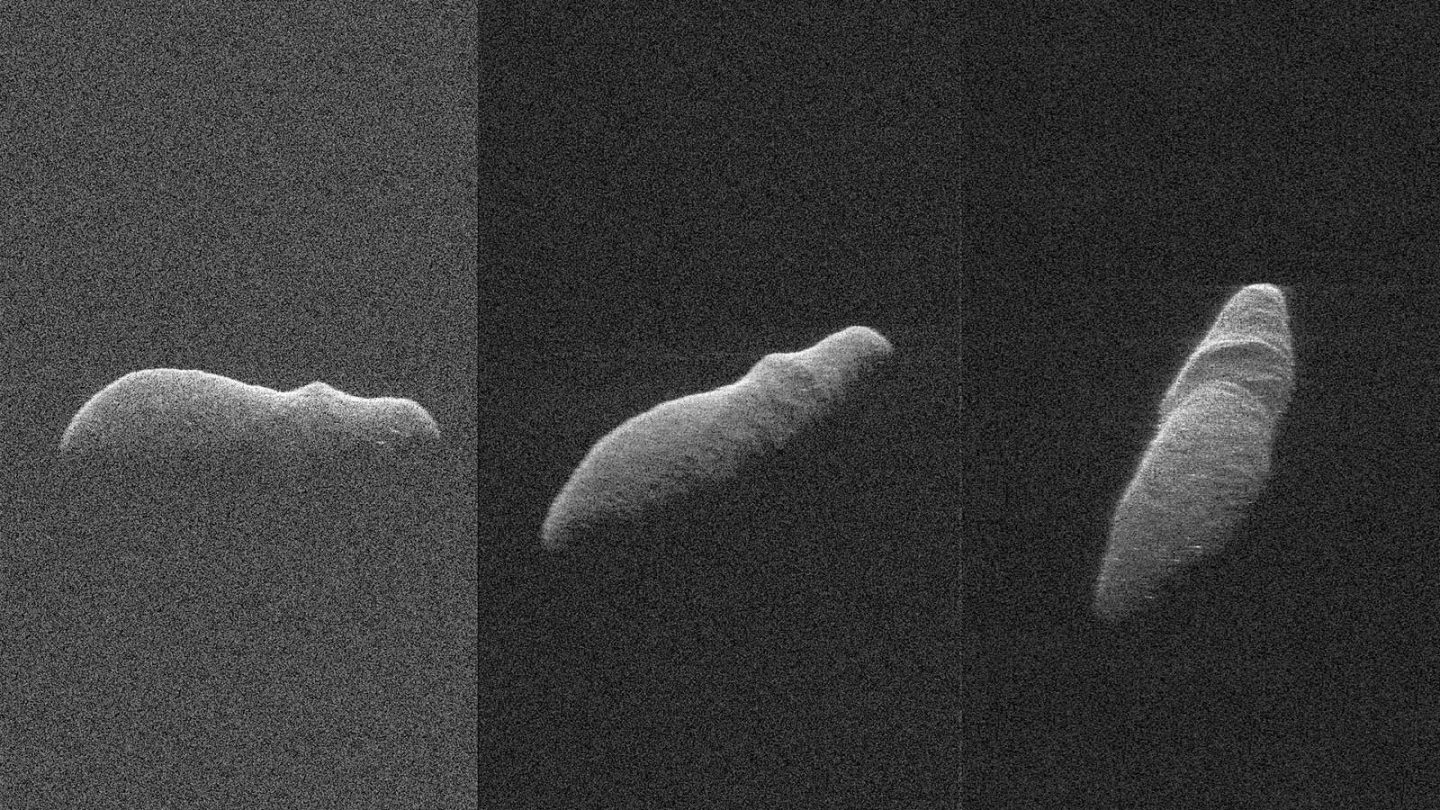 The holiday season means seeing friends and family that you might not see all that often throughout the rest of the year, and the same is apparently true for astronomers studying asteroids. In a rare appearance that won’t happen again for over 400 years, a truly bizarre asteroid made a relatively close flyby of our planet just in time for some holiday dinner.

The rock, known as 2003 SD220, is shaped like a hippo. The rock, which estimated to be over one mile in length, looks like an oversized hippopotamus, complete with a distinct ridge that forms the ears and head of the rocky beast.

“Do you want a hippopotamus for Christmas?” NASA’s Jet Propulsion Laboratory teased in a tweet. “You’re in luck! Hippo-shaped asteroid 2003 SD220 will fly safely past Earth on Satruday, Dec. 22, at a distance of ~1.8 million miles.”

To get the best possible look at the asteroid as it approached its closest point to Earth, NASA utilized a system by which a radar signal is sent from one location and received by another once it bounces back off the asteroid. Doing so “can yield considerably more detail” than would be possible to obtain from a single telescope, according to NASA.

Do you want a hippopotamus for Christmas?

“The radar images achieve an unprecedented level of detail and are comparable to those obtained from a spacecraft flyby,” JPL’s Lance Benner said in a statement. “The most conspicuous surface feature is a prominent ridge that appears to wrap partway around the asteroid near one end. The ridge extends about 330 feet [100 meters] above the surrounding terrain. Numerous small bright spots are visible in the data and may be reflections from boulders. The images also show a cluster of dark, circular features near the right edge that may be craters.”

The pleasantly plump asteroid won’t make an appearance this close to Earth for another four centuries or so, so this is definitely a once-in-a-lifetime event.