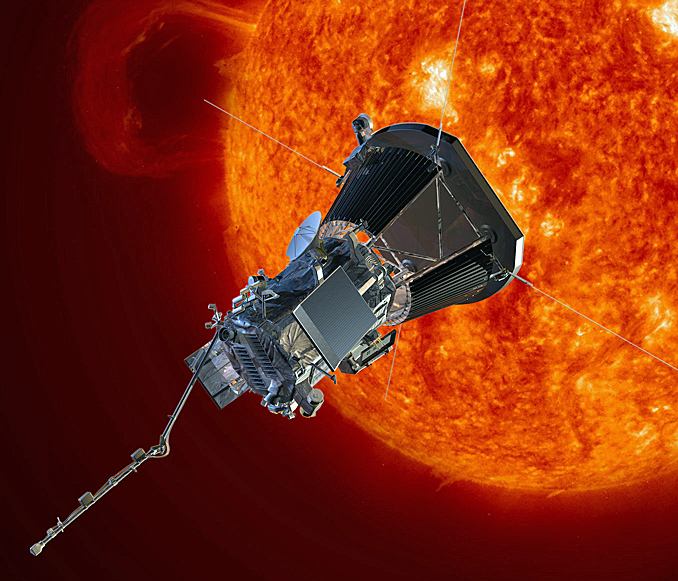 NASA’s Parker Solar Probe has already provided us with plenty of news since its launch back in August. It’s gotten closer to the Sun than any spacecraft before it and broken speed records along the way, and all of this was before it actually began tackling its science objectives. Now, with one close pass of our star under its belt, the probe is finally sending back some tantalizing data back to its handlers on Earth, and NASA is super excited about it.

In a new post, NASA attempts to capture the mood at this week’s meeting of the American Geophysical Union where scientists were eagerly anticipating the never-before-seen data that the probe is sending back.

“Heliophysicists have been waiting more than 60 years for a mission like this to be possible,” NASA’s Nicola Fox, director of the Heliophysics Division, said in a statement. “The solar mysteries we want to solve are waiting in the corona.”

Learning more about the inner workings of the Sun is vital if we ever want to be able to more accurately predict space weather events that could have serious impact on Earth. The flow of material outward from the Sun can be studied from Earth, but only to a point. The Parker Solar Probe, named for longtime physicist Eugene Parker, is the first human spacecraft to attempt to study our star up close, and it’s just getting started.

The probe will make many passes of the Sun, getting closer and closer each time. However, due to the nature of flying in close proximity to a star, the probe’s engineering team has to be incredible patient during the extended communication downtime the spacecraft experiences.

The probe began sending a chunk of the data it already gathered on December 7th, but it won’t be able to send the rest until after the second pass of the Sun in April of next year. Scientists will spend some serious time studying the data before making any announcements.

The spacecraft has an expected lifespan of nearly seven years, so expect to hear plenty more about everything it discovers for a long time to come.