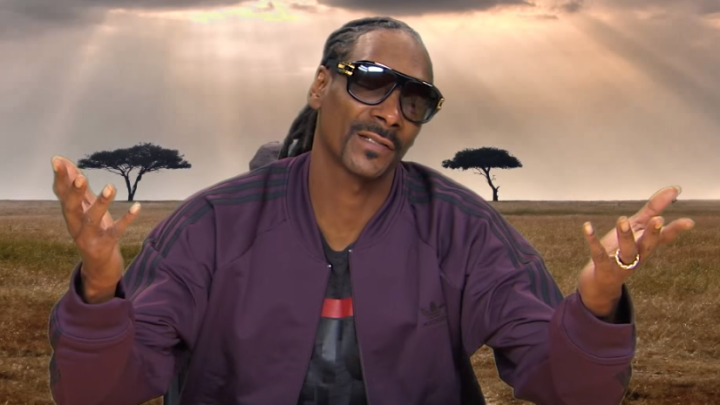 Snoop Dogg is entertaining to watch doing just about anything, even if he’s just complaining about Xbox Live going down. For the past year or so, Jimmy Kimmel has been bringing Snoop on his show to provide voiceover narration for clips from the BBC nature series Planet Earth. Snoop, of course, is not a biologist and hasn’t done any research on the animals he’s commenting on, which is what makes the routine so funny and addictive to watch. Let’s take a look at some highlights, but be warned that many of them are not safe for work.

FROM EARLIER: Trump says he’ll force Apple to build in the U.S. if he’s elected – here’s why he’s dead wrong

In this video featuring tree frogs, Snoop first calls them “grasshoppers,” then “Geicos” and then declares that “these are some ugly motherf—ers, whatever they are”:

This video about squirrels (which Snoop correctly identifies this time) gives him the opportunity to make countless jokes about nuts:

This video featuring a seal humping a penguin pretty much speaks for itself:

This video of otters attacking a crocodile inspires Snoop to comment that he “ain’t never seen no ‘gator get punked by no mongooses”:

And in this video, Snoop mocks a caribou (or as he calls it, “a goat”) for getting chased by some birds:

The only downside to these clips is that they’re so short — I could probably watch Snoop Dogg talk about animals for a good hour at a time before getting bored.