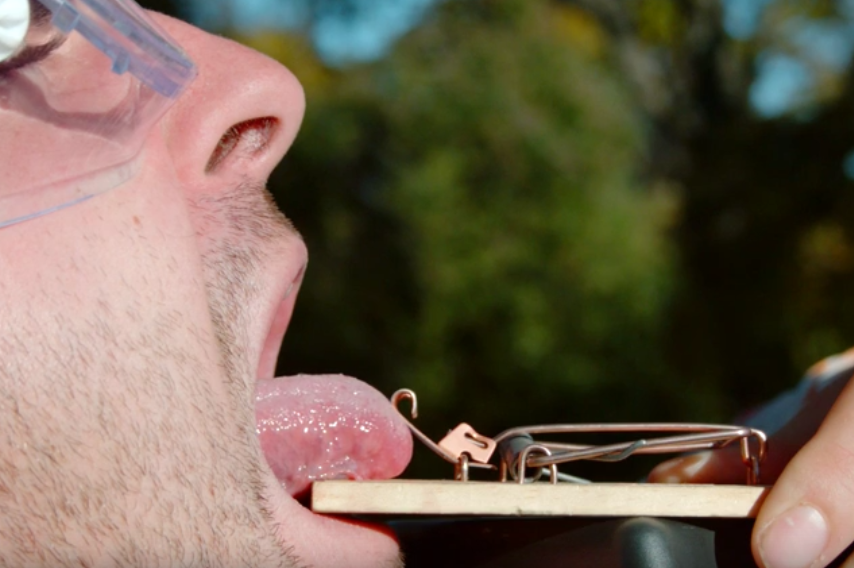 We’ve seen The Slow Mo Guys do some wacky things before but we’ve never seen then pull a stunt that just looks flat-out painful… until now. This time, the zany Brits showed what happens when you have a mouse trap close right on your tongue and they filmed it in super slow motion at 2,000 frames per second. Be warned: This is not for the weak of heart.

MUST SEE: This iPhone 7 concept is Apple fans’ every dream come true

Dan Gruchy, the Slow Mo Guy who gets his tongue whacked, backs off several times during the filming because he realizes that what he’s about to do to himself is incredibly stupid. That said, his tongue doesn’t get lopped off by the mouse trap even though it clearly hurts a lot.

In slow motion, the action looks even more painful as you can see the trap closing down very hard onto Dan’s tongue — in fact, it looks like what happens when you step on a partially deflated balloon that doesn’t pop under the weight of your feet and only swells up on its sides.

It goes without saying that you shouldn’t try this at home. In fact, it’s very likely the Slow Mo Guys regret trying it themselves.