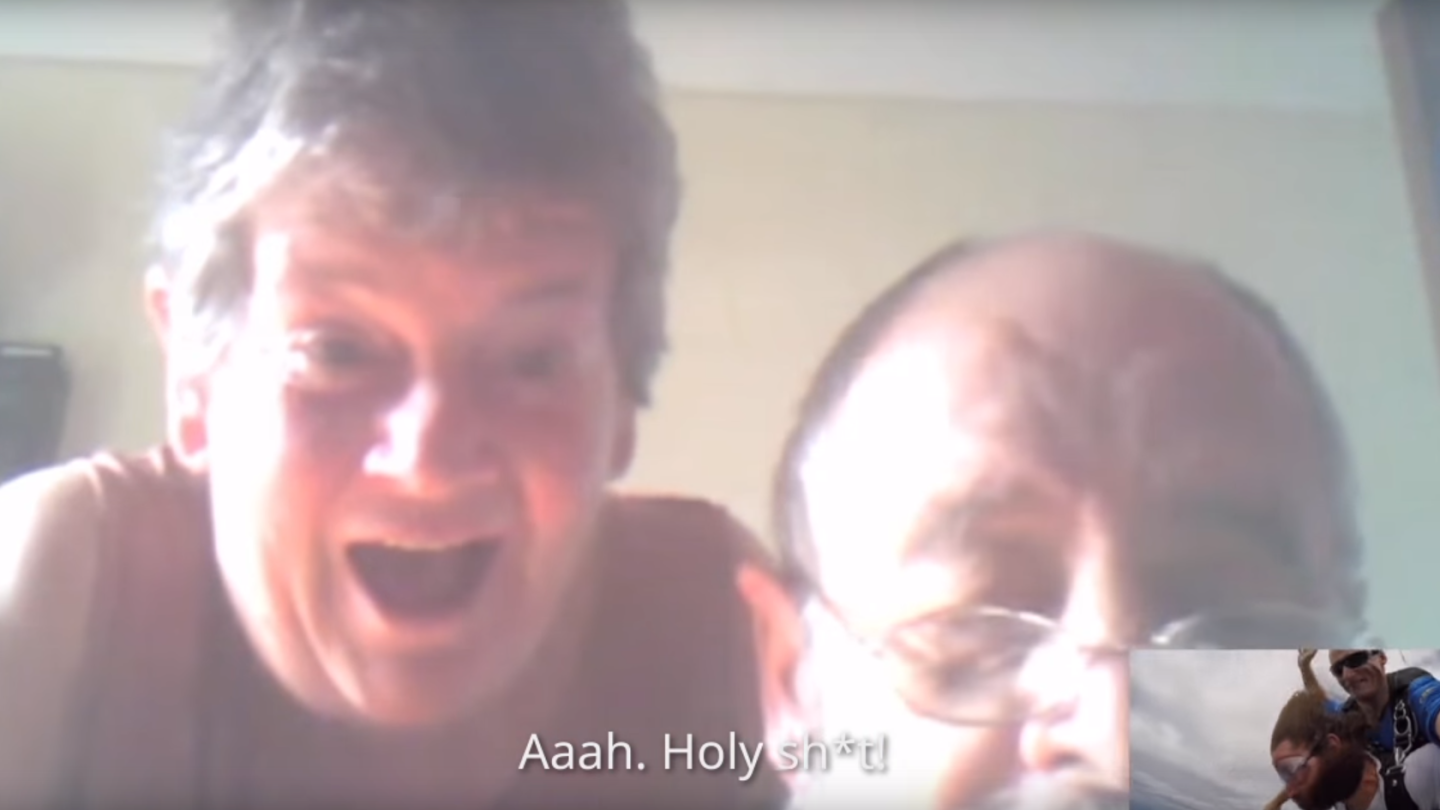 It’s always fun to surprise your parents but we don’t think anyone has ever surprised their parents quite like this before. HostelWorld.com recently recruited a guest staying at the Bounce Hostel in Sydney, Australia to help it record a promotional video that involved skydiving from 14,000 feet. Even better, the hostel guest decided to make a Skype call to his mother and father just seconds before jumping out of the plane.

MUST READ: Yet another problem with Comcast data caps: Customers have no idea why they’re exceeding their limits

As you can imagine, this was quite a shock to his parents, who initially thought he was calling them from a bus. Once they realized that he was diving from a plane thousands of feet in the air, their facial expressions went from shock and fear to laughter and joy when they realized he was going to be safe. The mother clapping excitedly when she sees her son landing safely on the ground is nothing short of adorable.

Check out the video for yourself, although you should be aware that these cute Irish parents use a heavy dose of profanity when their son makes his big leap. In other words, this is not safe for work: