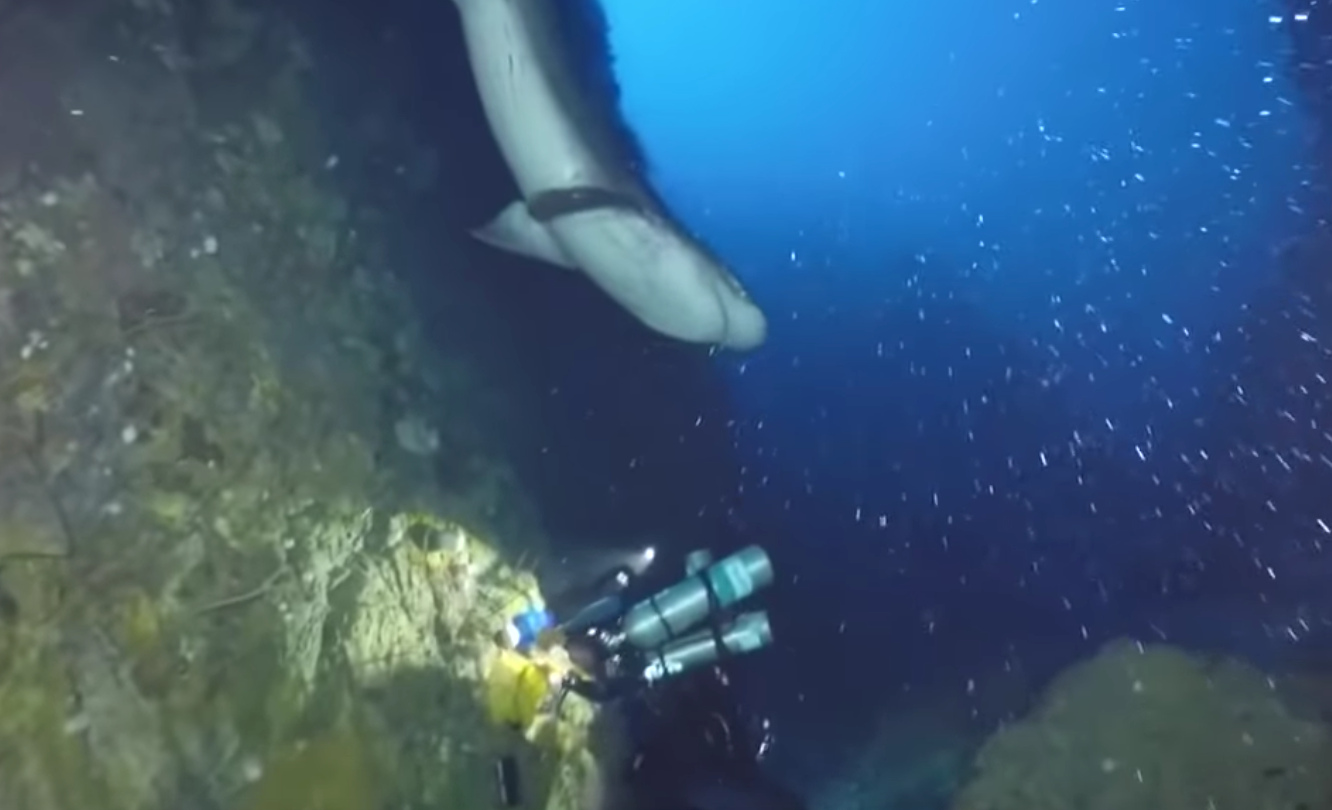 Scientists are usually pretty smart folks, but that doesn’t stop them from suffering from tunnel vision every once in a while just like the rest of us. A great example of this comes in the form of a new video by the California Academy of Sciences in which a team of researchers is so mesmerized by a tiny fish that they somehow completely ignore a 10-foot shark swooping in from above.

The video, which was originally uploaded a couple of months ago but had remained unlisted on YouTube, was shot at a depth of 420 feet, and the expedition’s safety officer Mauritius Valente Bell is behind the camera.

In the humorous clip, Bell spots the large sixgill shark emerging from the darkness lurking above his head. It slips into view, slowly cruising through the water and showing very little interest in the divers, but Bell attempts to alert his colleagues to its presence nonetheless.

In a high, squeaky voice (the result of helium mixed in with the oxygen in Bell’s rebreather) he yells at his team to look up, but they decide they have better things to do. At the same time that the shark appeared, a small, colorful fish captures the attention of Bell’s fellow divers. They’re so busy gawking at it that they can’t be bothered to check out the equally interesting predator hovering just above their heads.

Sixgill sharks are not associated with aggression towards humans, and it’s clear from the video that the shark has better things to do than strike fear into the heart of some scientists. Still, it’s a bit frightening to see such a large predator appear out of nowhere and be almost completely missed by some very busy humans.