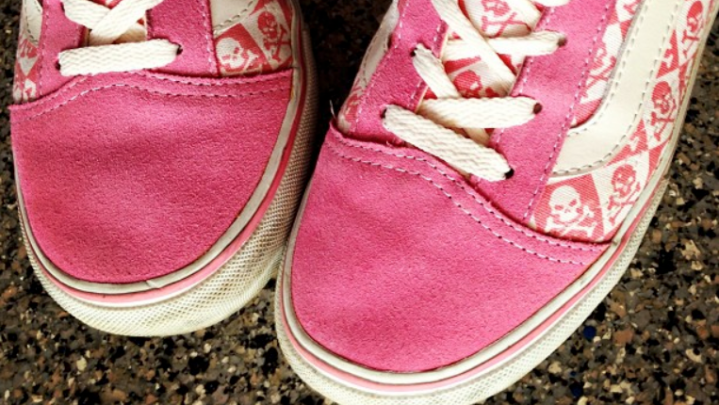 Kids have a habit of getting into precarious situations at a moment’s notice, but one place a parent probably wouldn’t expect danger to be lurking is in a shoe box. A mom in the U.K. believes that was indeed the case, and she’s now helping her four-year-old daughter recover from a potentially deadly infection after trying on a new pair of shoes.

According to The Sun, young Sienna Rasul came down with sepsis after a recent trip to a shoe store. Her mother, Jodie Thomas, believes the infection began when Sienna tried on a pair of shoes without wearing socks. The shoes, Thomas believes, were tried on by several others prior to her daughter checking her fit, leading to an incredibly serious reaction.

Thomas said that Sienna typically wears socks but had been wearing sandals for the trip to the shoe store. With no socks handy, Sienna tried on the shoes barefoot. All seemed fine until the following day when the young girl began experiencing intense pain. A quick visit to the doctor alerted Thomas of an infection, but it wasn’t until the next day that things really went sideways.

“By the next day it had spread up her leg and her temperature was raging,” Thomas reportedly said. “I drove her straight in to hospital, she was shaking and twitching, it was horrible to see my little girl like that. They said it was sepsis and thought they would have to operate, but the doctors have managed to drain all the pus from her leg and say the anti-biotic drip will do the job.”

Thomas seems convinced that the shoes were the source of the infection, but it’s difficult to say for certain. The doctors who attended to Sienna reportedly believe that she had a cut or scrape on her foot which served as the doorway for the infection, but it’s impossible to know whether it was from a pair of lightly-used shoes or something else.