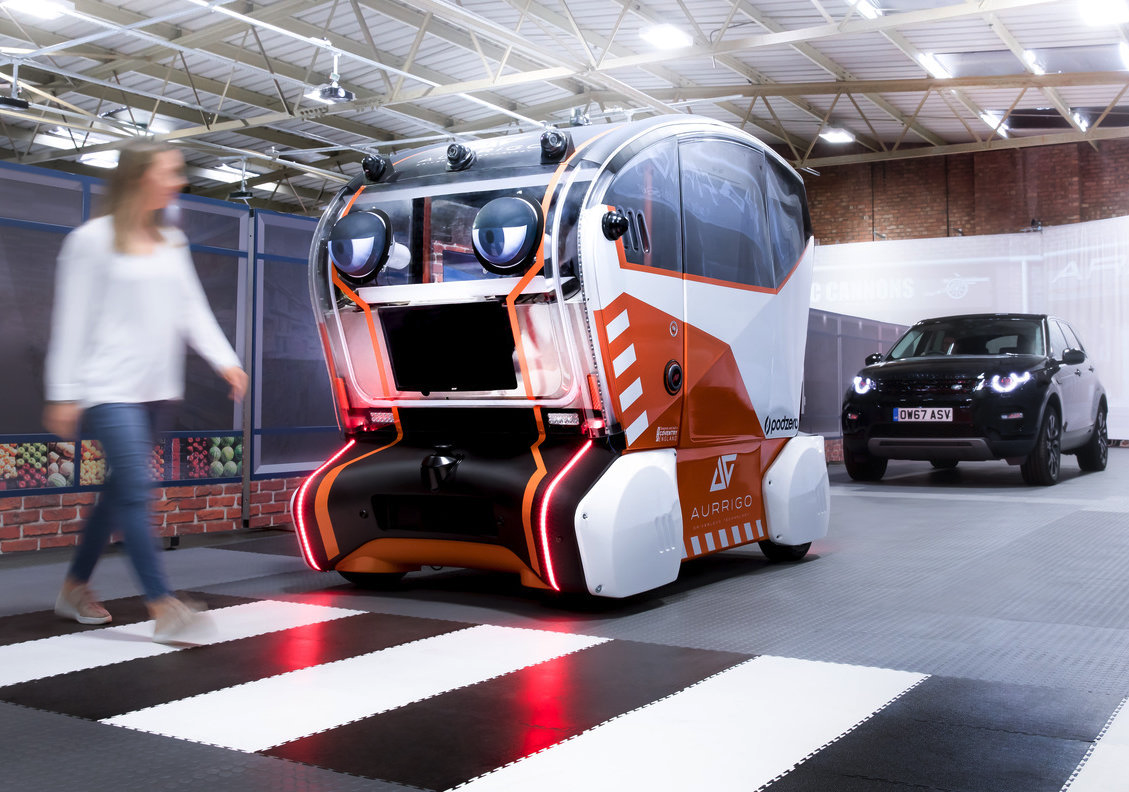 It might not have seemed possible after their incredibly slow start, but self-driving cars are looking more and more like the future of personal transportation. Still, some nagging questions remain, not least of which is whether the public at large will warm up to the idea of cars that do their own thing. Jaguar Land Rover — the company that makes both Jaguar and Land Rover, in case that was confusing — thinks it might have the answer.

Citing statistics that show that many drivers don’t trust self-driving cars as a reason for experimentation, Jaguar Land Rover has developed a system that allows autonomous vehicles to show that they can see pedestrians and other cars in real-time. Their plan? A pair of cartoonish eyes fixed to the front of the vehicle.

“A recent study by the American Automobile Association has shown that 63 per cent of adults in the U.S. would actually feel less safe sharing the road with a self-driving vehicle while walking or cycling,” the company explains. “The rise, and widespread adoption, of autonomy on our roads raises the age-old issue of ‘technophobia’ and how technology companies must address these very real social issues.”

Jaguar Land Rover thinks that if we could verify that self-driving cars are looking at us, we’d feel a whole lot better about sharing the road with them. The easiest way to do that would seem to be a pair of digital peepers that can lock on to pedestrians and other vehicles so that they know that the autonomous vehicle “sees” them.

“It’s second-nature to glance at the driver of the approaching vehicle before stepping into the road,” Pete Bennett, a research manager with Jaguar Land Rover, said in a statement. “Understanding how this translates in tomorrow’s more automated world is important. We want to know if it is beneficial to provide humans with information about a vehicle’s intentions or whether simply letting a pedestrian know it has been recognized is enough to improve confidence.”

It makes a lot of sense. If a car is looking at you with a massive pair of glossy eyeballs you know for sure that it sees you. That’s something that the front end of most vehicles just can’t provide, but whether or not any car company (including Jaguar Land Rover) is prepared to sacrifice the precious aesthetics of their products in favor of a couple of googly eyes remains to be seen.