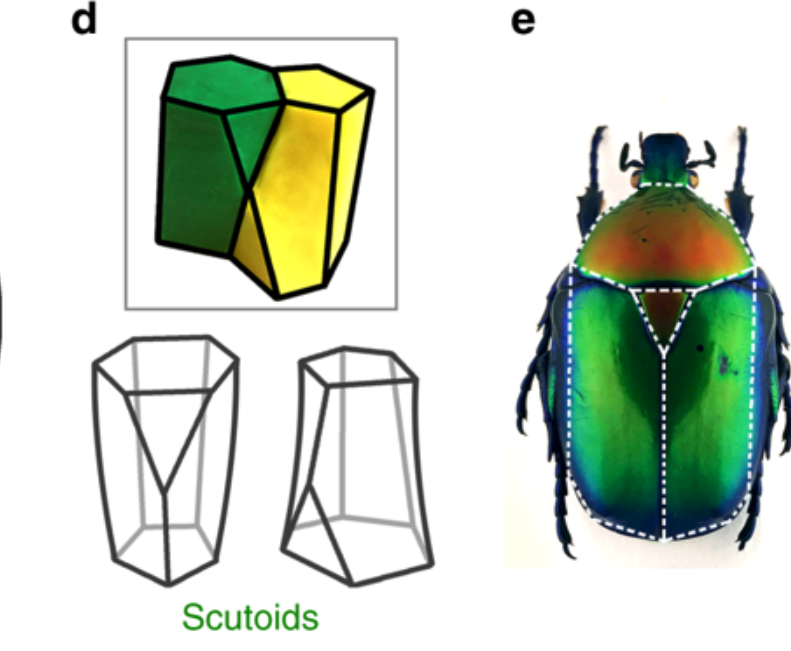 Science news is filled with fresh discoveries of all kinds of things. It seems like every day there’s a new dinosaur, planet, or ancient creature being brought back to life. Now, researchers are announcing the discovery of another new thing, but this time it’s a new… shape.

Just like the other “new” things that science brings us, the term “new” itself is relative. Just like the long-dead dinosaurs and incredibly-old planets being discovered on a regular basis, this new shape has been around for a while, but researchers are just now studying and describing it in detail. It’s called a “scutoid” and it’s actually pretty cool.

A scutoid, as the scientists describe it, is like a multi-sided column with a large slash taking off of one side. It was named after a beetle’s back which appears to share the same design, but you’ll have to look a whole lot closer to find actual scutoids in nature. That’s because they were found hiding at the microscopic level.

The researchers found the shapes in epithelial cells, discovering that their unique shape allows them to be stacked side-by-side while actually twisting from one end of the cell to the other. The shape facilitates the unorthodox weaving pattern of the cells and their neighbors.

Is it strange to consider a shape to be “new”? Well, yeah, in a way. In terms of its existence, the scutoid shape has been around for a very long time, but so have many other things that are only called “new” once they’re widely studied, described, and talked about. In that way, this is indeed a new shape, and a pretty cool one at that.