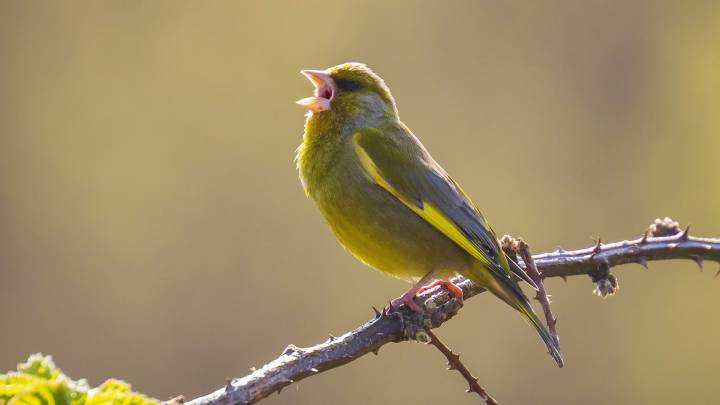 Bird songs are awesome. You probably don’t pay them much mind, but the songs of birds are known to be soothing to humans, regardless of the setting. Bird songs can reduce stress and improve your mood, and on top of that, they perform for free, which is a nice bonus. Unfortunately, some species of songbirds are starting to lose their talent, and it’s entirely due to dwindling population numbers.

As new research published in the journal Proceedings of the Royal Society B explains, some male songbirds of endangered species are losing their ability to sing as well as their kin. In areas where population numbers are particularly thin, male songbirds can often have trouble picking up on the songs that the species uses to attract mates. Just like in human populations, the culture of these birds is being lost as it fails to be passed on to new generations over time.

As AP reports, the study authors spent half a decade logging the singing skills of a songbird called the regent honeyeater. The birds are critically endangered, meaning that they’re very close to being extinct in the wild, and with such low numbers of the birds, the males are failing to pick up on the nuances of the songs sung by the previous generations.

Songbirds are born with the ability to sing, but knowing what to sing is a learning experience. Males appear to learn from other, older males that learned from their elders, and so on. The songs are essentially passed down from one generation to the next, and those songs are often used to attract mates. When there aren’t enough birds of the species around, the songs are lost to time and by the time the elder birds die, the younger birds may not have learned enough of the songs to successfully attract females.

“If endangered birds are unable to learn how to sing correctly, it seriously impacts their ability to communicate,” Dr. Ross Crates, lead author of the study, said in a statement. “It could also be exacerbating the honeyeater’s population decline, because we know a sexy song increases the odds of reproduction in songbirds. Females will avoid males that sing unusual songs.”

Unfortunately, in a species that is already critically endangered, this loss of bird song vocabulary could accelerate their decline and ultimately doom them to extinction even more rapidly. Crates and his fellow researchers observed that not only do some males sing their own songs poorly, but some of them also sing the songs of other species entirely, severely hampering their ability to reproduce. The researchers say that 12% of the birds they observed failed to sing the songs of their own species, and 27% of them sang songs that differed dramatically from the songs that seemed to be successful in attracting females for mating.

It’s unclear what could be done in a situation like this. Short of placing speakers to pump out the correct bird songs for the young males — a move that might actually confuse females who end up searching for birds that aren’t even there — this might be a problem that is impossible to solve, and time is running out.