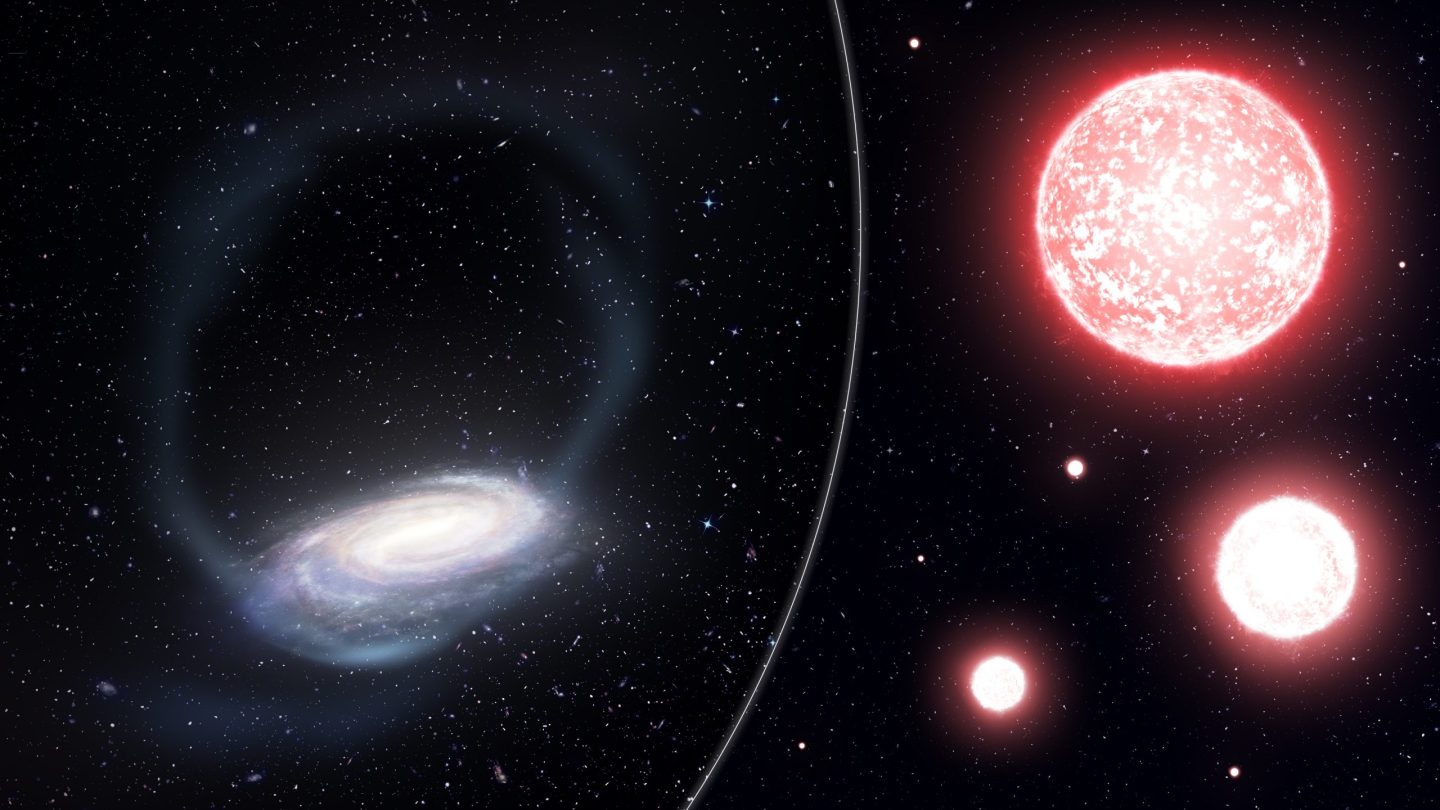 The Milky Way galaxy is pretty chill. Compared to some of the galaxies that astronomers have observed, our home galaxy is relatively “calm,” for lack of a better term. It’s not slamming into another galaxy or chewing through blobs of dust and gas. It’s just kind of hanging out and doing its thing… or at least that’s the case right now. In the past, however, researchers now have evidence that the Milky Way was a bit of a bully.

As a new study in Nature explains, a whole bunch of ancient stars was just discovered hanging out at the fringe of our galaxy, and scientists believe it’s the leftover remains of a collection of stars that was shredded by the Milky Way a long, long time ago.

This isn’t the first time a collection of stars has been discovered orbiting our galaxy. In fact, researchers know of well over 100 such clusters, but what makes this one particularly interesting is the age of the stars themselves. Based on their observations, the researchers believe that the stars are ancient and that our galaxy tore their original structure apart over two billion years ago.

“Once we knew which stars belonged to the stream, we measured their abundance of elements heavier than hydrogen and helium; something astronomers refer to as metallicity,” Zhen Wan, lead author of the study, said in a statement. “We were really surprised to find that the Phoenix Stream has a very low metallicity, making it distinctly different to all of the other globular clusters in the Galaxy.”

This low metallicity suggests the stars are incredibly old, since the earliest stars had only hydrogen and helium with which to form. Metals came later, so the amount of metal in a star can be used to age it. Based on this, the researchers believe they are the last of their kind, at least in this particular cosmic neighborhood.

“We can trace the lineage of stars by measuring the different types of chemical elements we detect in them, much like we can trace a person’s connection to their ancestors through their DNA,” Dr. Kyler Kuehn of Lowell Observatory explains. “The most interesting thing about the remains of this cluster is that its stars have much lower abundance of these elements than any others we have seen. It’s almost like finding someone with DNA that doesn’t match any other person, living or dead. That leads to some very interesting questions about the cluster’s history that we’re missing.”