Moschops capensis was a weird looking animal. When it roamed the Earth some 260 million years ago its goofy stance and wide body would have caught your eye from a distance, and that’s even before you noticed its almost comical face. Scientists have been working hard to determine why its tiny brain was protected by such a thick, flat, elongated skull, and new research seems to point to the answer: Maschops capensis really, really loved slamming its head into stuff. 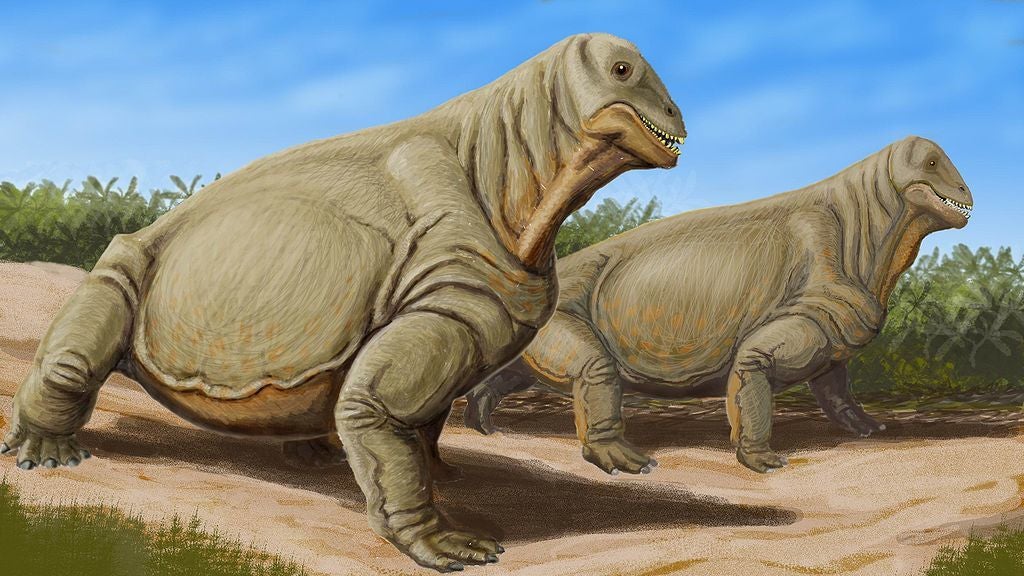 The prehistoric mammal, whose fossils have been discovered in both South Africa and Russia, was the subject of a new research effort led by Julien Benoit of the University of the Witwatersrand.

Using fossils found over a century ago, the scientists used modern scanning technology to get a better look inside the ancient creature’s fossilized skull. What they discovered was an incredibly thick cranial roof, which the team believes is the result of evolution catering to the animal’s penchant for head-butting.

“This natural helmet could reach up to 15 centimetres of massive bone, the equivalent of a tank armour,” Benoit writes in The Conversation. “Our hypothesis is that the helmet was protecting the brain and sense organs against the brutal shocks of direct head-to-head combat between males to find mates and to defend territory.”

The result of that evolutionary progress was an animal with a firm stance, goofy face, and a skull built for hitting things. It wouldn’t have been a pleasant creature to run into if you happened to be roaming around South Africa hundreds of millions of years ago, but it might have been worth a chuckle.