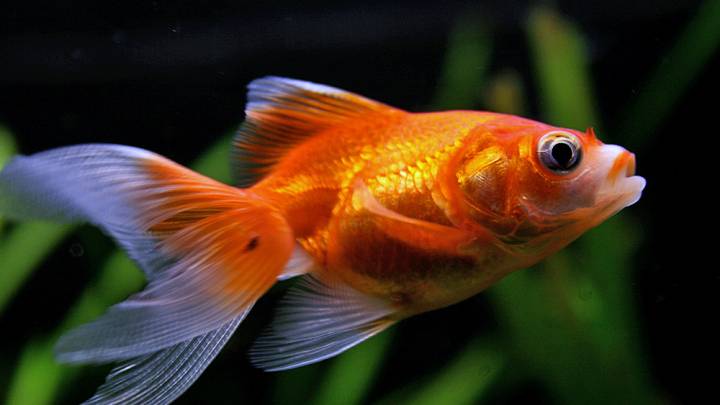 If you’re like most people, you’ve probably cared for a gold fish at least once in your life. Maybe you won it at a county fair or bought it for a dollar from the pet shop, but regardless of how you came to be responsible for the tiny finned creature, you probably didn’t think of it as a marvel of the evolutionary process. A new study led by Catherine Fagernes of the University of Oslo in Norway will change your perspective in a hurry, because that hearty little fish you forgot to feed for days at a time has perfected the art of survival in a way you could never have guessed.

The carp family — of which goldfish are a member — regularly inhabit ponds and lakes that completely freeze over in the winter. This is an issue that many fish must deal with, typically by slowing down their movement dramatically and continuing to pull oxygen out of the water by passing it over their gills, but carp have developed a particularly robust backup system for dealing with oxygen depletion.

Most animals, including humans, require oxygen as part of the metabolic process. Without it, our bodies simply cannot meet the demands of our own cells, and the byproducts of the systems that keep us alive build up to deadly levels, at which point the whole machine breaks down.

Crucian carp and goldfish have developed an anaerobic metabolic — that is, oxygen independent — fallback process. Instead of producing lethal levels of lactic acid like a human body would, the fish are equipped with enzymes that allow them to produce ethanol, which they then release. This allows them to remain alive in conditions that would claim the lives of most other species of fish.

It may not keep them from going belly-up if you take a vacation and forget to have a friend feed them, but that lowly little goldfish on your countertop is one heck of a survival specialist.