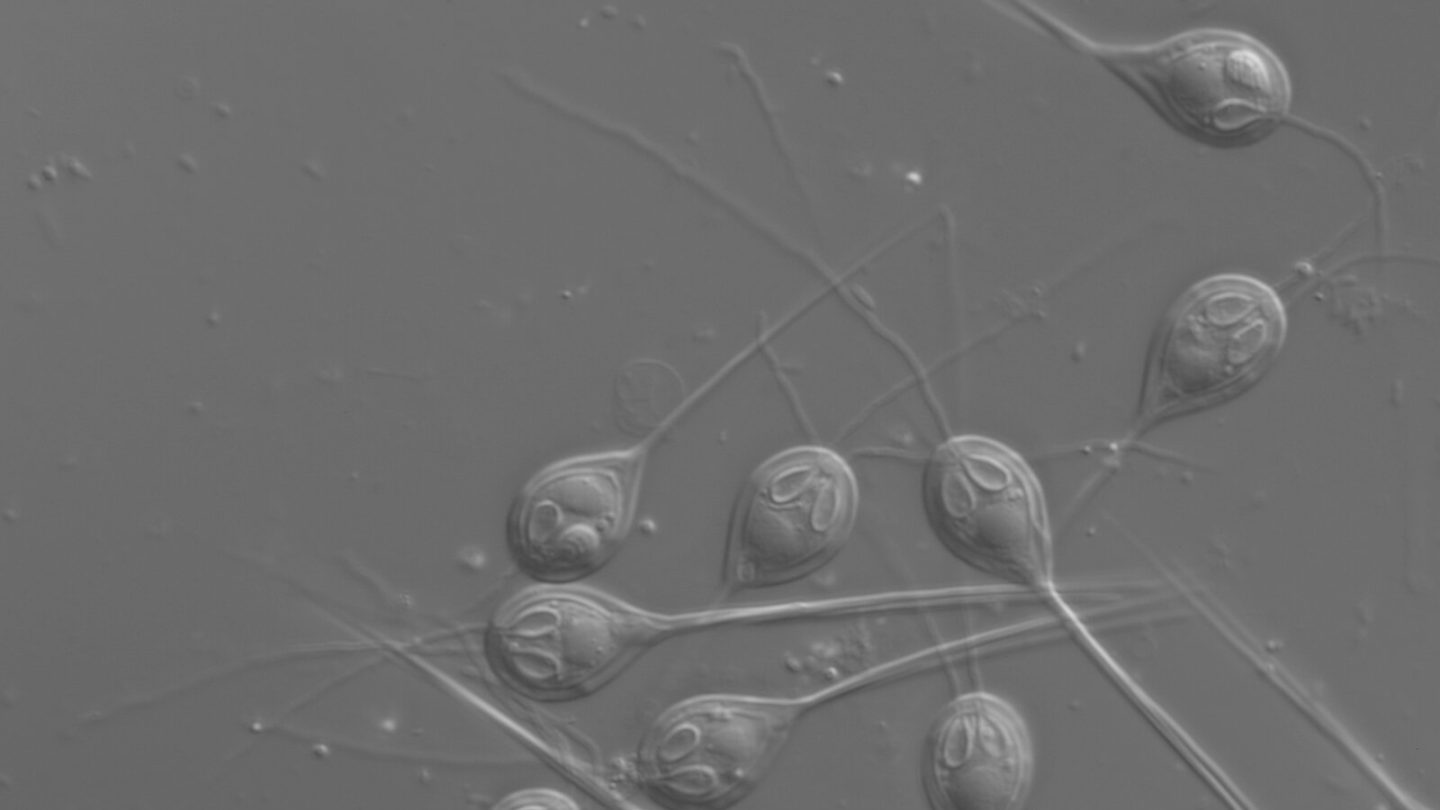 Earth has an incredible diversity of animal life. It comes in all shapes and sizes, and lives in just about every type of environment our planet has to offer. There are, however, a number of things that all animal life has in common. Now, according to a new paper published in Proceedings of the National Academy of Sciences, there’s one fewer thing on that list: breathing.

In the paper, an international team of scientists reveals the discovery of a microscopic animal that has no mitochondrial DNA, which means it doesn’t need to breathe in order to stay alive. Woah.

Mitochondrial respiration is how animal cells breathe, and it was a trait thought to be shared universally among all animal life. The authors of the paper say that the parasite known as Henneguya salminicola does things a little bit differently, though at first they didn’t even believe what they were seeing.

In examining the DNA of the parasite, which infects salmon and spreads with the help of worms after its host dies, the researchers noted the total absence of mitochondrial DNA. After closer examination, the lack of this seemingly vital DNA was confirmed, and the scientists now believe that the organisms actually “de-evolved” over time, which is obviously quite bizarre.

“Using deep sequencing approaches supported by microscopic observations, we present evidence that an animal has lost its mitochondrial genome,” the researchers write. “Our discovery shows that aerobic respiration, one of the most important metabolic pathways, is not ubiquitous among animals.”

The discovery is a great example of how there’s still a lot of things we just don’t know about life on Earth. Even as we search for life on other worlds, we still have only a very loose grasp on what makes life on Earth tick, and it’s always exciting to add a new chapter.