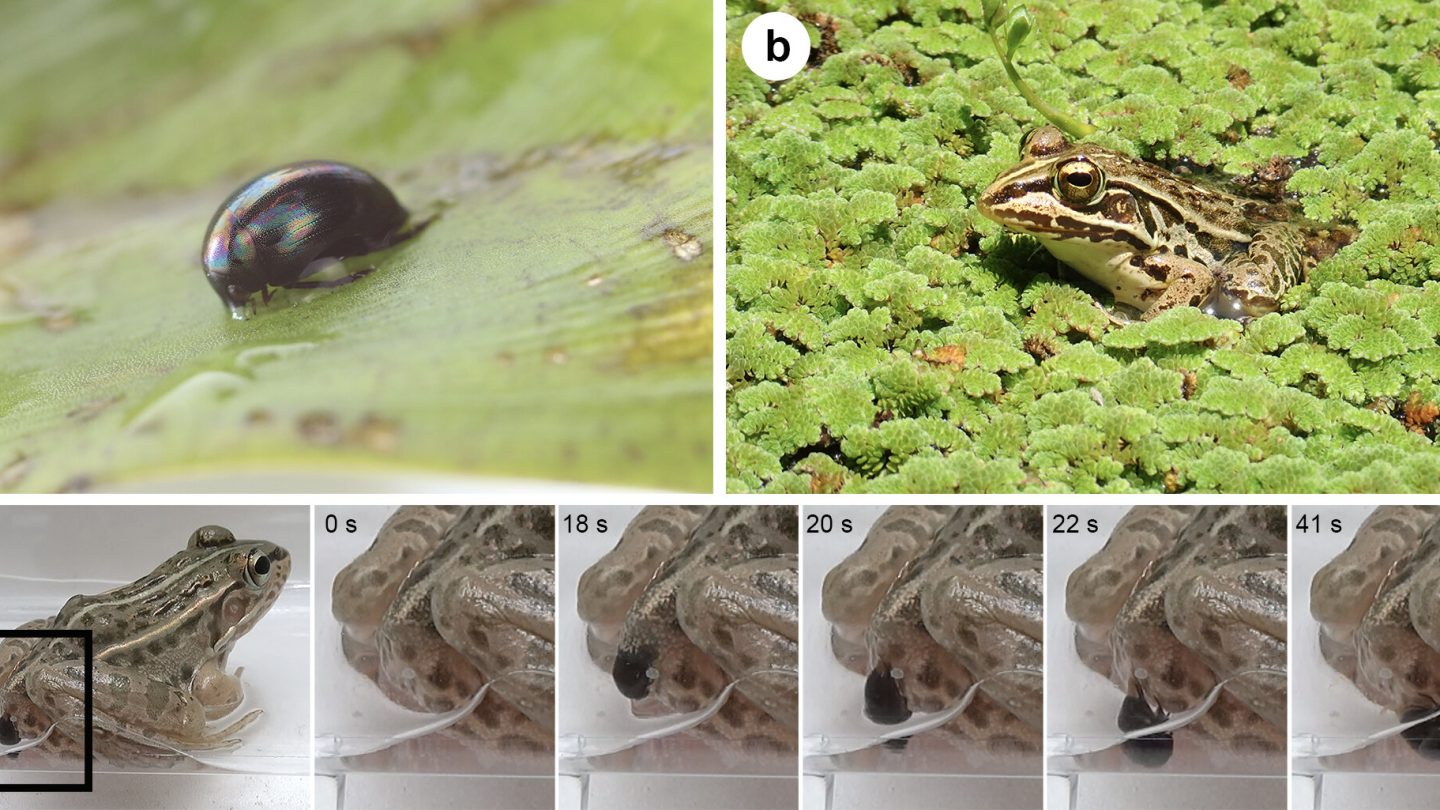 In the animal kingdom, if you get eaten that’s usually the end of the road. It’s a gruesome reality but that’s just the way it goes. Unless, of course, you’re a Regimbartia attenuata, a beetle that doesn’t let being swallowed get it down. Instead, it makes a break for the door… the back door, that is.

As the New York Times reports, a new study published in Current Biology reveals the beetle’s incredibly unique escape behavior. In case it wasn’t clear from the “back door” comment, the beetle avoids being killed after being swallowed whole by crawling its way through its predator’s — typically a frog — guts and prompting it to poop the bug out.

The researcher behind the study, Dr. Shinji Sugiura, wanted to see how the beetle and frogs got along. Found in Japan, both species inhabit the same locations, so the scientist brought specimens back to his lab and put them together to see what happened. The expected outcome would be that the frog consumed the bug and then either digested it normally or spat it back out, as is sometimes the case if an insect has a good defense mechanism (or if it just tastes bad, which is also a defense).

With a camera rolling, the two species met in a clear plastic box. The frog, as expected, gobbled the insect down, but didn’t spit it back out. Nevertheless, Dr. Sugiura kept the camera on, and to his amazement, the insect made an escape from its predator’s intestines roughly two hours later. Just as lively as it was when it entered, the beetle came crawling out of the opposite end of the frog.

As if this entire saga wasn’t strange enough already, the frog didn’t seem to mind or really even notice that its previous meal had emerged unscathed.

Thinking that it might have been some bizarre fluke, Dr. Sugiura decided to replicate the experiment with additional frogs and beetles. Time and time again, the beetles were eaten, only to emerge from the rear end of their attacker within approximately six hours. 90% of the beetles made it out alive, so they don’t have a perfect success rate, but it’s pretty darn close.

When a different species of beetle was used in the experiments, they died, suggesting there must be something incredibly special about the protective shell of this particular species. To see if the bugs were actually crawling their way through the bodies of the frogs, Dr. Sugiura immobilized some of them before allowing them to be eaten. All of those beetles failed to escape, which seems to prove that the bugs are actually venturing through the guts of the frogs in order to expedite their escape.