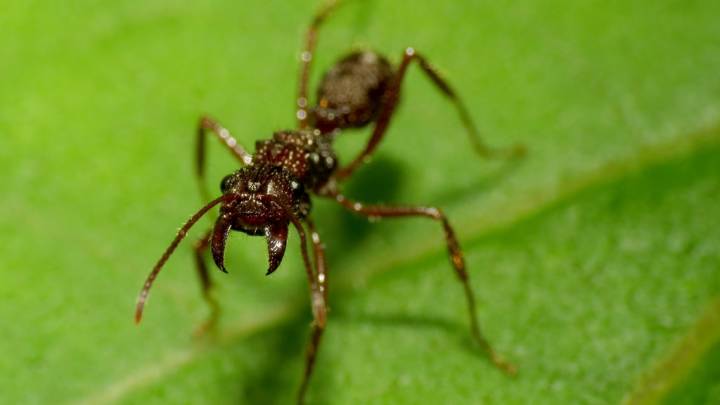 A “no man left behind” approach is common among soldier on a battlefield, but the same is apparently true even for some of the smallest members of the animal kingdom. A new study reveals that a specific species of ant — the African Matabele ant, or Megaponera analis — has an impressively robust system of recovering and treating members of its group which become wounded in battle.

The researchers, who published their work in Proceedings of the Royal Society B, describe the behavior of ants which go on hunting expeditions in large groups. With hundreds of members, these groups seek out termites to attack, bringing the defeated insects back with them where the colony makes use of them. Inevitably, some ants are injured in battle, and that’s when a system of social cues seems to dictate whether or not the injured warriors are given a new lease on life.

As the paper explains, if an ant is only mildly injured — by losing a leg, for example — they tend to exaggerate their injury so that they are noticed. Oftentimes this results in another ant carrying them back home, where they often recover from their wound within a day’s time, adjusting their method of walking to account for their missing limb. Many ants with a busted leg or two are treated in this fashion, and the wounded soldiers receive intense treatment in the form of licking by their peers. Most return to the battlefield with nothing but a limp, and usually within a day.

Warriors who are more seriously injured, having lost several limbs or sustaining serious body trauma, tend not to be carried back, but not for lack of trying. As it turns out, the gravely wounded ants are the ones who refuse the treatment, rather than the would-be helpers deciding to ignore them. Ants who are on death’s door flail uncontrollably and refuse assistance from their peers who eventually give up and leave their fallen comrade to perish.

The researchers suggest that these behaviors help the colony to remain efficient, in part by getting still-useful ants back on their feet quickly while ants beyond saving refuse treatment altogether, saving the colony resources and further risk. However, there’s still plenty of questions left to be answered, including how the ants communicate over the status of an injury, and whether or not the “treatment” actually prevents the spread of infection and speeds up healing.