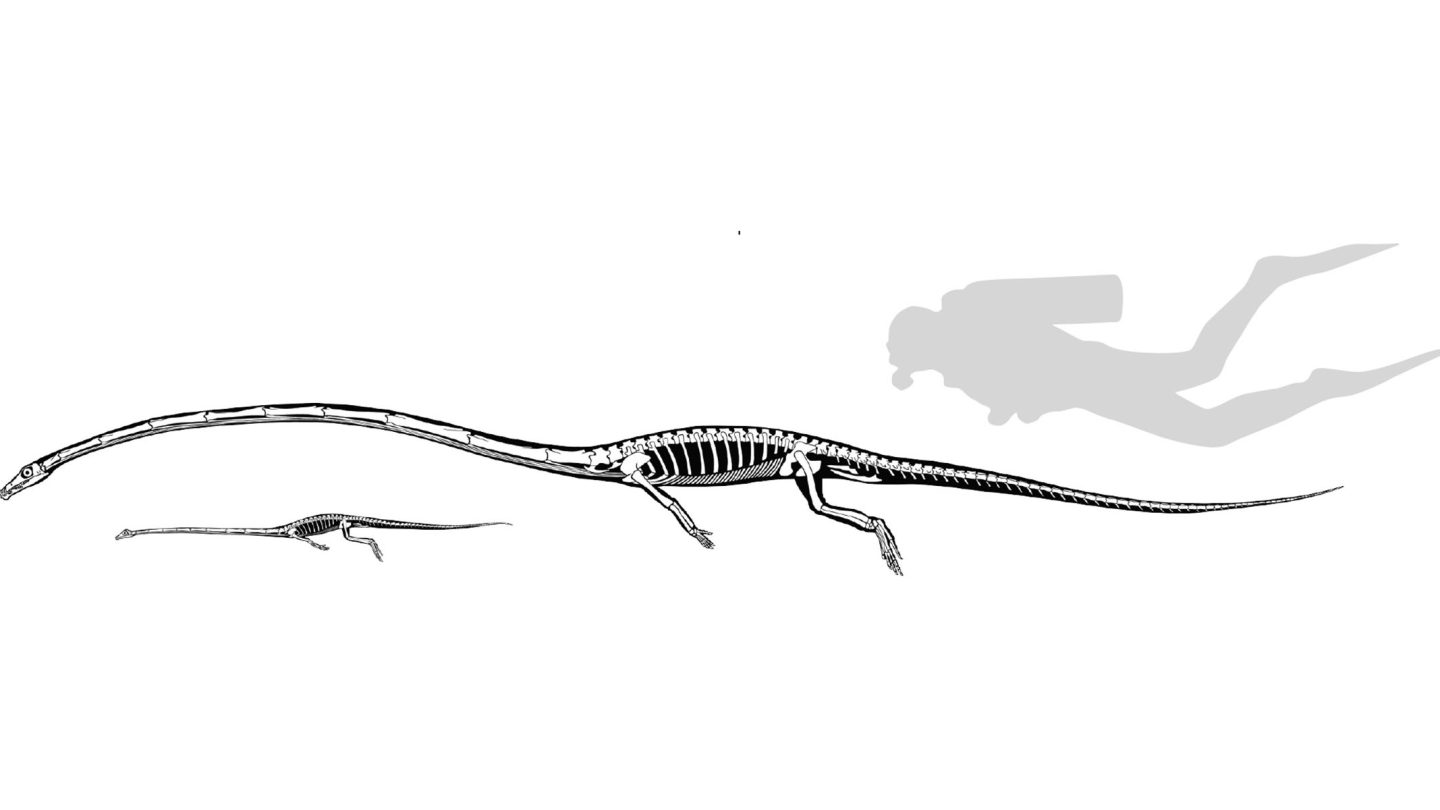 Dinosaurs can be pretty weird. Finding fossils from a creature that lived millions of years ago often results in paleontologists trying to figure out how the animal lived, how it hunted, and what it ate. In the case of the creatures belonging to the Tanystropheus family, the fossils are so bizarre that they almost defy explanation, but a new study has managed to piece together some aspects of the strange creatures’ lives.

The animals were reptiles with incredibly long necks and tails. The neck of the animals took up nearly half of its body length, which could stretch to 16 feet. They look cartoonish, but their bodies may have given them unique advantages when it came to hunting.

As ScienceAlert reports, researchers that studied fossils of the creatures had a hard time wrapping their heads around what they were seeing. Some of the creatures were massive, while others were much smaller but had roughly the same neck-to-body ratio, suggesting they may have been juveniles of the same species.

After further examination of the bones, scientists were able to determine that the smaller specimens were an entirely different, but closely related species. But that was just one of many questions the researchers set out to answer.

Another pressing issue was determining where the reptiles lived. With such long necks, the animals could have been at home in the water or made use of their incredible reach on land. To answer this question, scientists had to piece together the crushed skull bones of one of the specimens. They did so using 3D scanning and modeling, which allowed them to rebuild the skull and learn more about the animal’s adaptations.

Once this was done, something became rather obvious: The creatures most definitely liked it in the water. With a skull shape that would have made it easy to snatch fish and other aquatic prey, along with nostrils situated on top of its snout, the animals appear to be well suited to life in the water.

Its massive neck could have made it easy to either hunt well beneath the water’s surface or perhaps even peek its head above the water in order to scan the shore for prey that ventured too close. Whatever the case, the creatures were incredibly unique and, if you happened to be swimming in shallow water around 242 million years ago, you might have run into one. It probably wouldn’t have ended well for you.