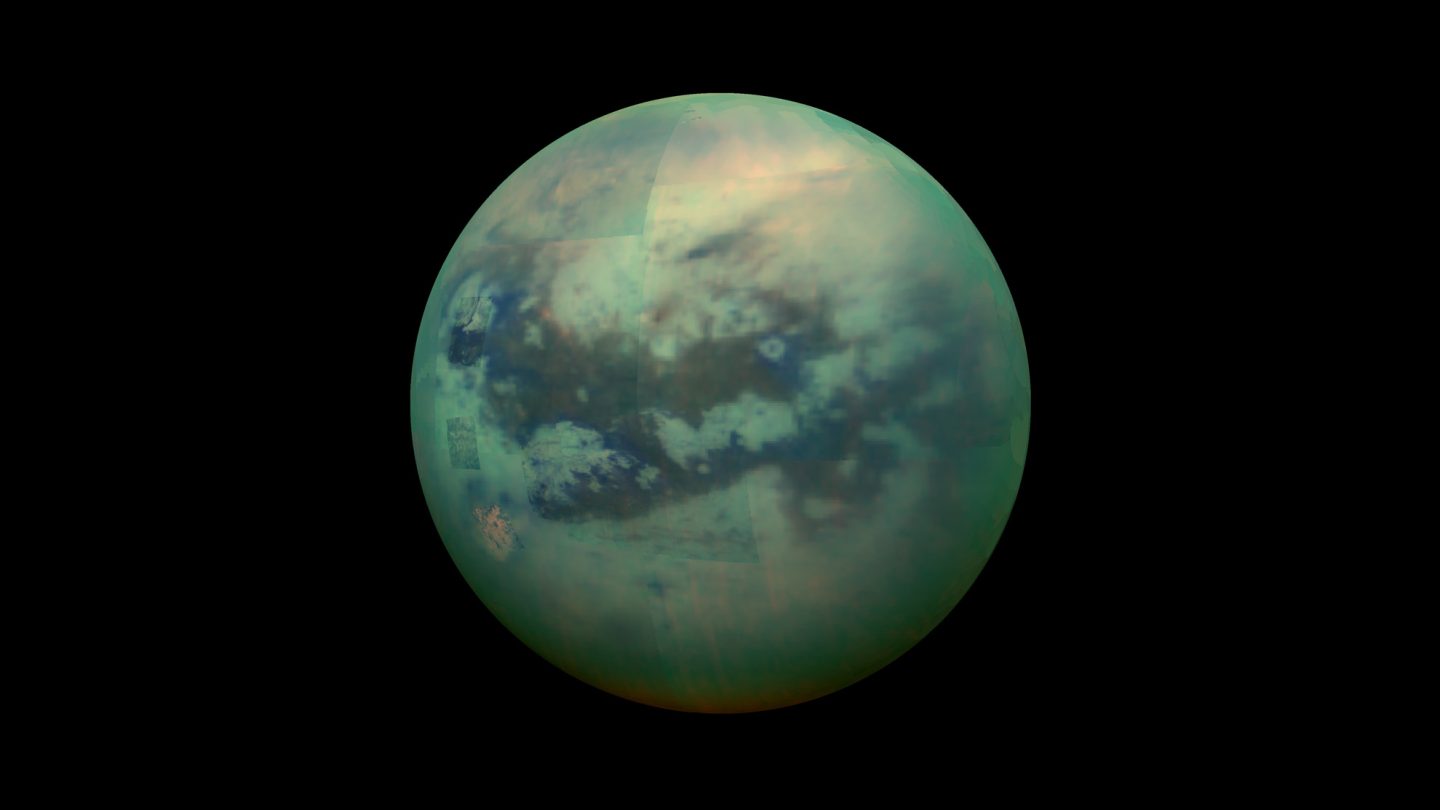 Thanks to the efforts of NASA and its incredibly reliable Cassini spacecraft, we now know more about Saturn and its moons than ever before, but it seems there are still some surprises in store for scientists studying the planet and its natural satellites. New research by scientists at the University of Bristol has revealed an interesting quirk with Saturn’s largest moon, Titan, and it flies in the face of everything science has predicted.

It seems that Titan’s polar regions have a rather unpredictable personality, and observations made by Cassini have shown that an expected hot spot near Titan’s pole had rapidly turned into a frigid polar vortex. This stood in contrast to what previous observations suggested, especially considering the same spot had been seemingly getting hotter as recently as late 2009. Now, researchers think they have an explanation.

The current best guess for the strange behavior of Titan’s pole is that chemicals in its atmosphere are responsible for the chilly trend.

“For the Earth, Venus, and Mars, the main atmospheric cooling mechanism is infrared radiation emitted by the trace gas CO2 and because CO2 has a long atmospheric lifetime it is well mixed at all atmospheric levels and is hardly affected by atmospheric circulation,” Dr Nick Teanby, lead author of the study, explains. “However, on Titan, exotic photochemical reactions in the atmosphere produce hydrocarbons such as ethane and acetylene, and nitriles including hydrogen cyanide and cyanoacetylene, which provide the bulk of the cooling.”

Using a model based on data gathered by Cassini, the team was able to demonstrate that the incredibly unique mix of chemicals over the polar region could indeed result in sharp temperature drops and extremely frigid atmospheric temperatures.

The study, which was published in Nature Communications, points out that while the behavior of Titan is particularly odd to us, the same thing might be happening on exoplanets and other moons outside of our Solar System. The research could help inform further study of those far-away worlds in the long term.