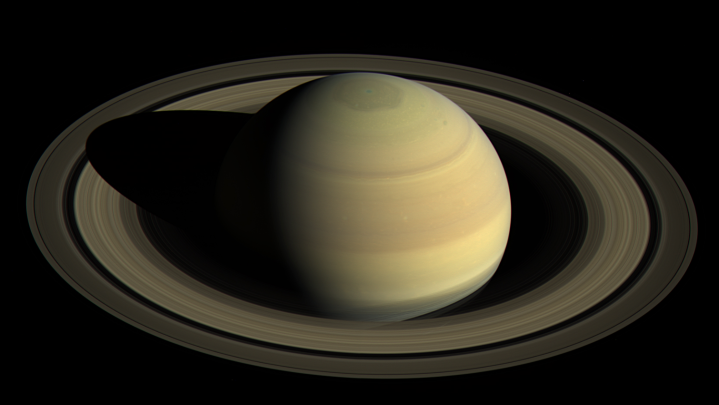 Of all the planets in our Solar System, Saturn is probably the most instantly-recognizable. Its massive, sweeping rings are unmistakable and striking, but where exactly did they come from? Scientists have tossed ideas around and debated the possibilities for a long, long time, but data from the late Cassini spacecraft might finally put the issue to rest.

In its last exciting months, Cassini engaged in a number of incredibly risky dives which took it through Saturn’s complex ring structure. While it was performing these daring maneuvers, the spacecraft was measuring the mass of the material that makes up the rings. The data revealed that the rings are actually much less massive than many scientists had believed and, combined with observations of the amount of dust in the rings, it is now thought that the rings are actually fairly new. As for where all that material actually came from, there’s an interesting theory about that as well.

Astronomers have always been split on how old Saturn’s rings actually are. Knowing the age of the rings would offer some clues as to how they originated. If they were incredibly old, they may be leftovers from the planet’s formation, but if they are relatively new that would be a sign that the material may have been ejected during a surface impact or the destruction of bodies in orbit.

Data suggesting the rings are quite young heavily favors the latter, and some in the scientific community are now hedging their bets on the rings being debris from collisions between moons. Saturn has well over 60 moons today, so it’s not exactly a stretch to imagine that it once had even more, and that those bodies may have gotten in each other’s way. There’s also the strong possibility that some of the moons may have grown unstable in orbit, with Saturn’s gravity slowly splitting one or more of them apart into smaller chunks.

Given these most recent findings, what we see today as Saturn’s rings is likely the material that once made up one or more moons. Over time — a long, long time — that debris could eventually form another larger body again. For all we know, Saturn might just be one big moon factory.