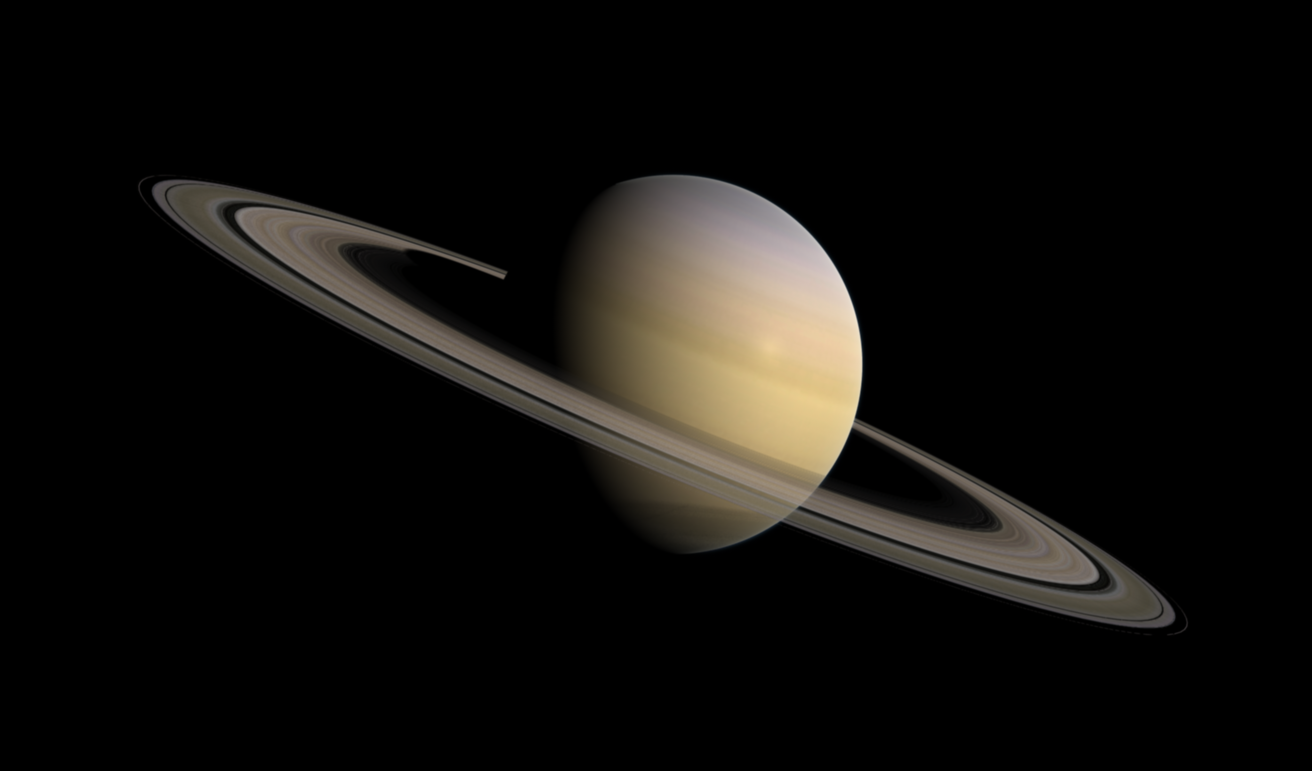 Determining the length of a single day on a planet is usually pretty easy. You just pick a landmark and wait for it to reach the exact same point twice in its rotation and you have your answer. For astronomers studying Saturn, it’s not nearly as easy as that.

Saturn doesn’t have any easily visible landmarks to track, and its gassy atmosphere doesn’t offer many hints as to how fast it’s actually rotating. On top of that, its magnetic field also hides the speed at which the body spins. Researchers were at a loss as to how to track the planet’s rotation, but using data from NASA’s Cassini spacecraft the code was finally cracked.

Christopher Mankovich, a graduate student at UC Santa Cruz, discovered that Cassini’s observations of Saturn’s delicate ring structure actually held the key to determining the rate at which Saturn itself rotates. Mankovich looked closely at subtle wave patterns within the rings, determining that the waves were being caused by specific locations on the planet as it rotates, and that tracking them could solve the rotation riddle once and for all.

Using this data, Mankovich was able to determine that a single day on Saturn lasts 10 hours, 33 minutes and 38 seconds. Decades ago, astronomers using magnetic field data from Voyager estimated a Saturn day at 10 hours, 39 minutes and 23 seconds. This new research helps to clarify those early estimates quite a bit, and offers the most accurate measurement yet of a day on the ringed planet.