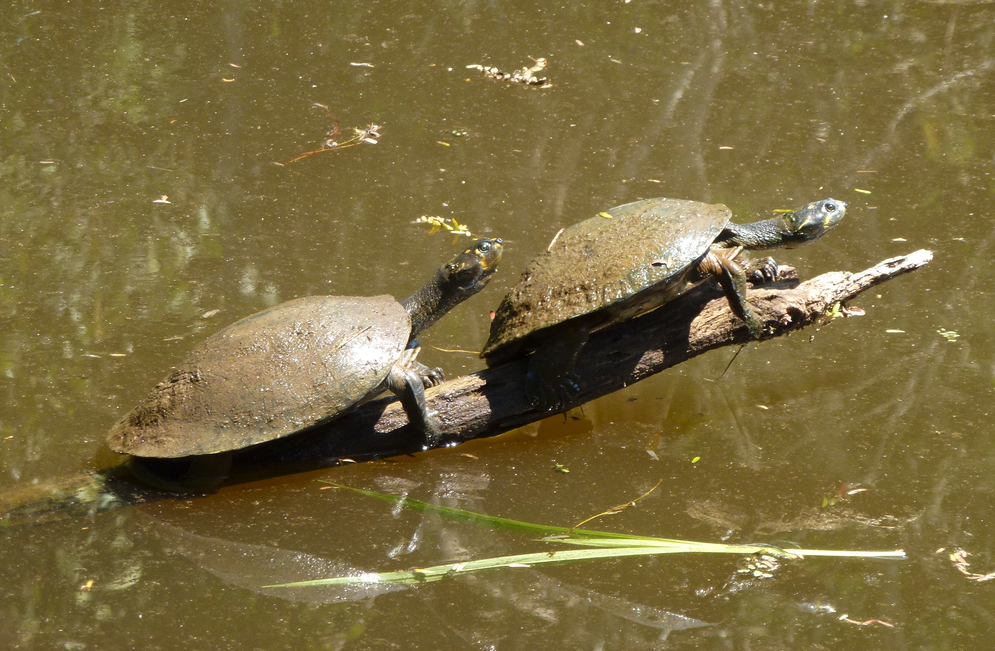 Go ahead and file this in the “WTF?” news pile: Dick Vogt, a veteran scientist who studies Brazilian Turtles and is apparently good enough at it to win awards from his peers, ended up in hot water after giving a presentation to fellow scientists featuring his students wearing skimpy swimsuits. He’s now been stripped of the award he just won and, well, people aren’t very happy with him.

As New York Times reports, Vogt was scheduled to make a presentation at an annual scientific gathering in Rochester, and that’s when event organizers first got a glimpse of the material he was planning to show. Some of the images included in his lecture featured both male and female students doing work in the water, and some of those students were wearing very, very little.

Hoping to avoid having to cancel Vogt’s presentation entirely, organizers modified his slides by censoring some of the bare skin with large blue boxes, but that wasn’t enough to keep the audience from recoiling in disgust. A number of attendees reportedly walked out on the event. Vogt, for his part, was reportedly “shocked” by how things unfolded.

The Herpetologists’ League, a scientific organization who had bestowed an award upon Vogt for his work, issued a statement regarding the matter. “Many members of all genders took strong offense to the images that were presented and to the awarding of this distinction to someone whose extremely inappropriate behavior toward other attendees has been long known,” the group said, noting that Vogt’s award and honor were being revoked as a result of his actions.

I'm not even at #JMIH18 rn and I know she's talking about Vogt.
It's no secret to female herpetologists that he is a person to avoid.
Before my 1st conference, my female PI talked to her female students for AN HOUR about his notoriously sketchy behavior & how to avoid him. https://t.co/iO6VsQsBTS

Some of Vogt’s fellow scientists have noted that it’s not necessarily unusual for scientists working with aquatic animals to wear swimsuits while conducting their work (for obvious reasons), but the photos that were included in this particular presentation crossed the line. Others have since chimed in to claim that Vogt has an established history of being inappropriate, and that it was only a matter of time before he did something to draw the ire of the community as a whole.