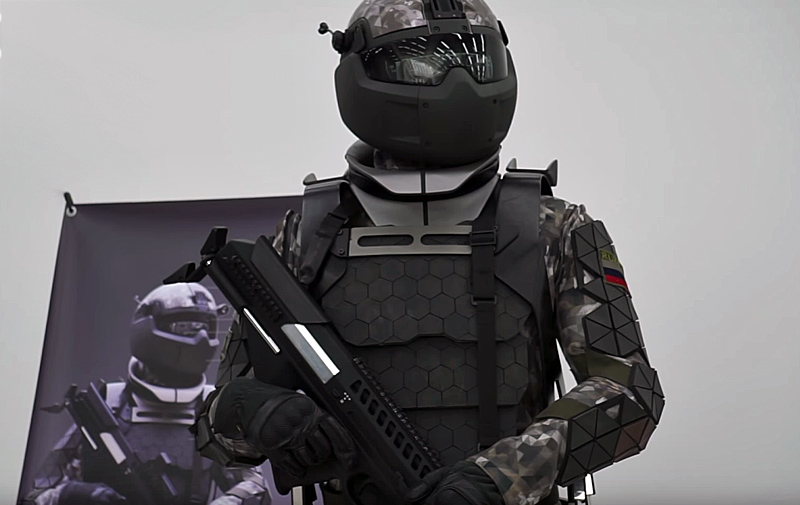 In the never-ending forward march of military technology, Russia made a big leap in July when it showed off its vision for foot soldiers of the future. The exoskeleton, built by Russia’s state-owned Rostec defense company, was already an incredibly advanced set of gear — not to mention pretty intimidating to look at — and now it’s getting an even more impressively durable upgrade: a nuclear-bomb-proof watch.

The watch that the corporation developed for the suit is so incredibly sturdy that it can withstand just about anything. It’s capable of enduring temperatures as high as 122 degrees or as frigid as -40 degrees Fahrenheit. It’s also built specifically for a nuclear war, which is incredibly reassuring to anyone who doesn’t want to die during a nuclear holocaust.

“The watch that we have included in the Ratnik combat gear set is capable to withstand solar irradiation and electromagnetic pulses, for example after a nuclear blast. If a soldier is exposed to electromagnetic emission of a nuclear bomb the watch will continue to operate without any interruption,” designer Oleg Faustov said of the device.

The watch is being included as part of the aforementioned exosuit in being developed by the group, though the actual rollout timeline of the gear remains shrouded in mystery. It’s worth noting that the watch is the only part of the gear that has been stated to be nuclear-bomb-resistant, which is a bit of a head-scratcher.

Meanwhile, Rostec has already teased an upgraded version of the Ratnik getup, called simply Ratnik-3, which it is currently prototyping with an expected reveal sometime in 2020. That version of the suit will include a titanium exoskeleton and real-time health monitoring as well as digital readouts that appear as a heads-up display for the wearer. In case you were wondering, yes, this is basically what video games like Call of Duty have been predicting for a decade or longer, and here it is in the flesh.