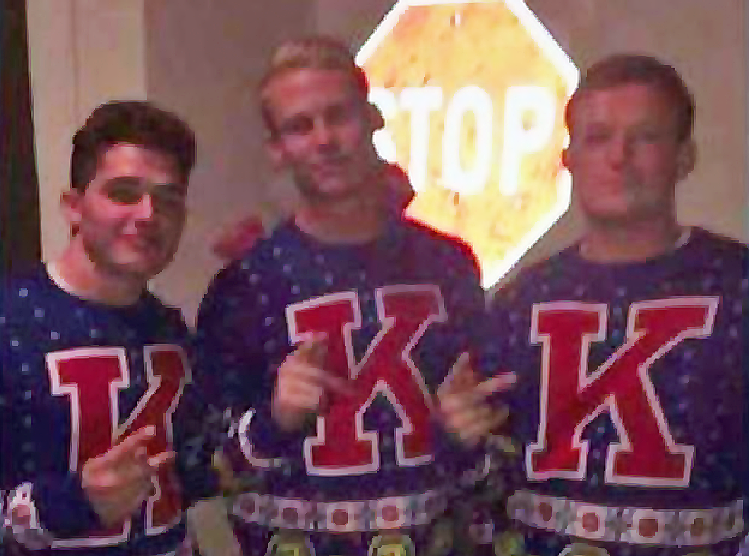 Snapchat has made a name for itself as the go-to app for sharing things that you might not want the whole world to see. That way of thinking backfired on a group of University of Kansas cheerleaders after a Snapchat post that seems to show support for both the KKK and President-elect Donald Trump caught the attention of school officials.

The photo, which seems to have been shot at a dumpy college party based on the solo cups and stolen street sign wall decor, shows three male members of the University of Kansas cheer squad, each with a bold “K” on his chest, along with the words “Kkk go trump.”

MUST SEE: Eminem songs are so much better in sign language

The ill-advised pic was posted on the Snapchat account of a fourth member of the cheer squad, sophomore cheerleader Lili Gagin. It was shared to Gagin’s Snapchat story, but clearly not everyone who eventually saw it felt it was appropriate, as it was captured and shared among the student body and eventually with administrators. Gagin, for the record, is denying that she had anything to do with the photo. “I’m appalled that a snapchat was put out on my snapchat and posted on my account,” Gagin said in a tweet. “I would never have done that & I apologize that it happened.” Gagin’s Twitter account is now protected.

The University of Kansas athletics department wasted no time in suspending all four of the students as the university conducts an investigation into the incident. The students are prohibited from attending class and participating in athletics, at least for the time being.