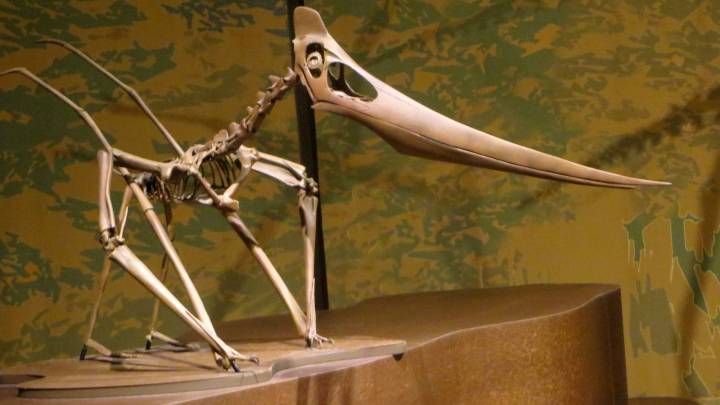 If you were a small-to-medium-sized creature during the ancient Jurassic or Cretaceous periods, you definitely wouldn’t have wanted the shadow of a pterosaur to appear on the ground beneath you. With wingspans reaching as large as 36 feet, the high-flying dinosaurs ruled the skies, and could make short work of ground-dwelling prey. Unfortunately, paleontologists have had a hard time researching some of the long-dead animal’s remains, particularly unhatched pterosaur eggs which were thin and fragile and failed to create usable fossils.

Now, an incredible discovery in China is blowing scientists away, and they’ve been blessed with an incredibly well-preserved clutch of eggs that is giving them their best look at unhatched pterosaur offspring.

The research, which was published in the journal Science, details the discovery and examination of one particular nesting site found in China in 2014. The location was absolutely packed with eggs of the pterosaur Hamipterus, numbering in the hundreds. The site, which scientists now believe was a well-worn nest area used for generations, contained over 200 unhatched eggs as well as embryos and countless bones.

Some of the more interesting observations the researchers were able to make include the fact that the embryos did not have any teeth at the time they died. Past fossils have shown that pterosaurs develop teeth extremely early, so to find fossil specimens without teeth suggests that these animals were incredibly young when they died.

Using CT scans to get a glimpse inside the unhatched, long-fossilized eggs, scientists were able to see the development of the mighty flying dinosaurs in their very earliest days. Barely-developed skeletons and lack of developed muscles in the parts of the body necessary for flight suggests that the baby pterosaurs were incapable of flight, and would have been dependent on their parents for the food needed to survive and grow larger.

It’s a remarkable discovery that paints a vivid picture of one of the most interesting creatures ever to call the Earth home. Unless science can make Jurassic Park a reality, discoveries like these are the best chance we have at understanding how they lived.