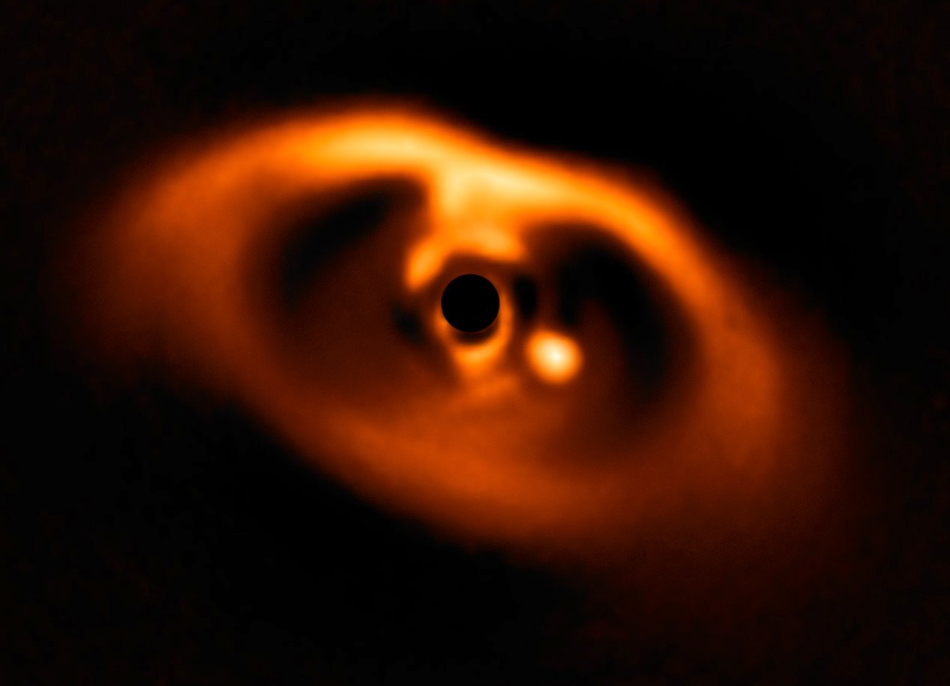 Planet formation isn’t exactly the kind of thing that happens in the blink of an eye. New worlds form over extremely long stretches of time, at least on a human scale. They slowly build up mass from the dust and debris nearest to them, eventually forming the spherical shape we’re all familiar with.

Despite the fact that it can take ages for a planet to fully form, actually capturing the process of planet formation has proven to be incredibly difficult. Now, for the first time ever, astronomers have announced the witnessing of a planet in the midst of its own birth, and they’ve got a stunning image to back up the news.

The discovery was made using the powerful planet-hunting tool called SPHERE, which is part of the European Southern Observatory’s Very Large Telescope. The instrument was able to spot a large mass of material — referred to as an accretion disk — surrounding a nearby star. Within that planet-forming cloud of debris, a planet is being constructed. In the image provided by ESO (seen above), the planet is seen as a bright mass to the right of its host star which has been blacked out by a mask that allows the surrounding detail to be seen.

The planet, named PDS 70b, is careening through the dust cloud as it orbits its star, gathering material on its surface and slowly but surely maturing into what will one day be a fully-formed world. What makes this discovery so interesting is that it’s the first time that scientists have managed to spot such a young planet with utter certainty.

“These discs around young stars are the birthplaces of planets, but so far only a handful of observations have detected hints of baby planets in them,” Miriam Keppler, the lead researcher on the project, explains. “The problem is that until now, most of these planet candidates could just have been features in the disc.”

While a newborn planet might sound like an interesting place to visit, you most certainly wouldn’t want to set foot on PDS 70b any time soon. The young planet is absolutely scorching, with a surface temperature topping 1,000 degrees Celsius.