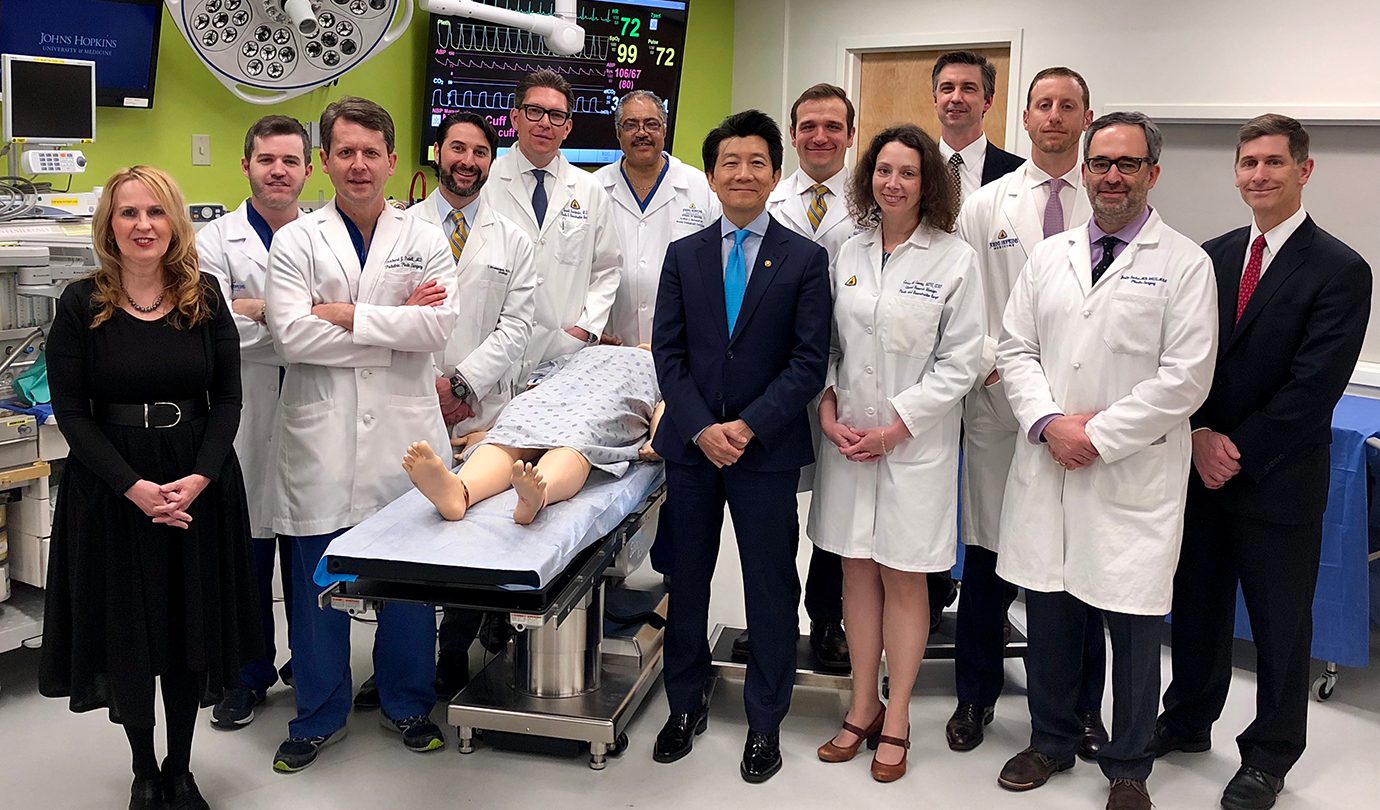 A large team of surgeons and specialists at Johns Hopkins Hospital in Baltimore gave a veteran a chance to live a relatively normal life by successfully transplanting a new penis after the serviceman lost his to an explosive device in Afghanistan. The man, who is remaining anonymous for pretty obvious reasons, is the first recipient of a genital transplant due to a war wound, and a total of 11 surgeons were involved in the complex procedure.

While other penis transplants have been documented in the past, this latest operation was by far the most complicated. Not only did doctors need to replace the genitals, but also a huge piece of tissue and a section of the man’s abdominal wall. It took a whopping 14 hours to complete the operation, but doctors are now calling it a total success.

As NPR reports, the transplant was performed with a single piece of tissue taken from a deceased donor. The large section of skin and organ weighed about five pounds, and it took the surgeons a significant amount of time to ensure that all the nerves, arteries, and veins were correctly attached before the skin could be joined and sealed. A handy little animation of the operation was provided by the hospital. Fair warning, it’s probably not safe for work.

The patient is obviously still in the recovery phase of the operation, which was performed on March 26th, but doctors say the penis should be functional. It will take up to six months before feeling is restored to the area, so they don’t know for certain how well it will all work out, but it seems promising. The scrotum, however, is mostly for looks, as the man’s testicles were not recoverable and he has lost his reproductive ability.

Nevertheless, the entire operation was an incredible feat on the part of the surgeons, and with a little luck the man will be able to enjoy a much closer-to-normal life than he would have otherwise. The man’s injuries were the results of an IED attack while in Afghanistan, and while he’s lucky to have escaped with his life, living life without genitalia is also pretty difficult to imagine.