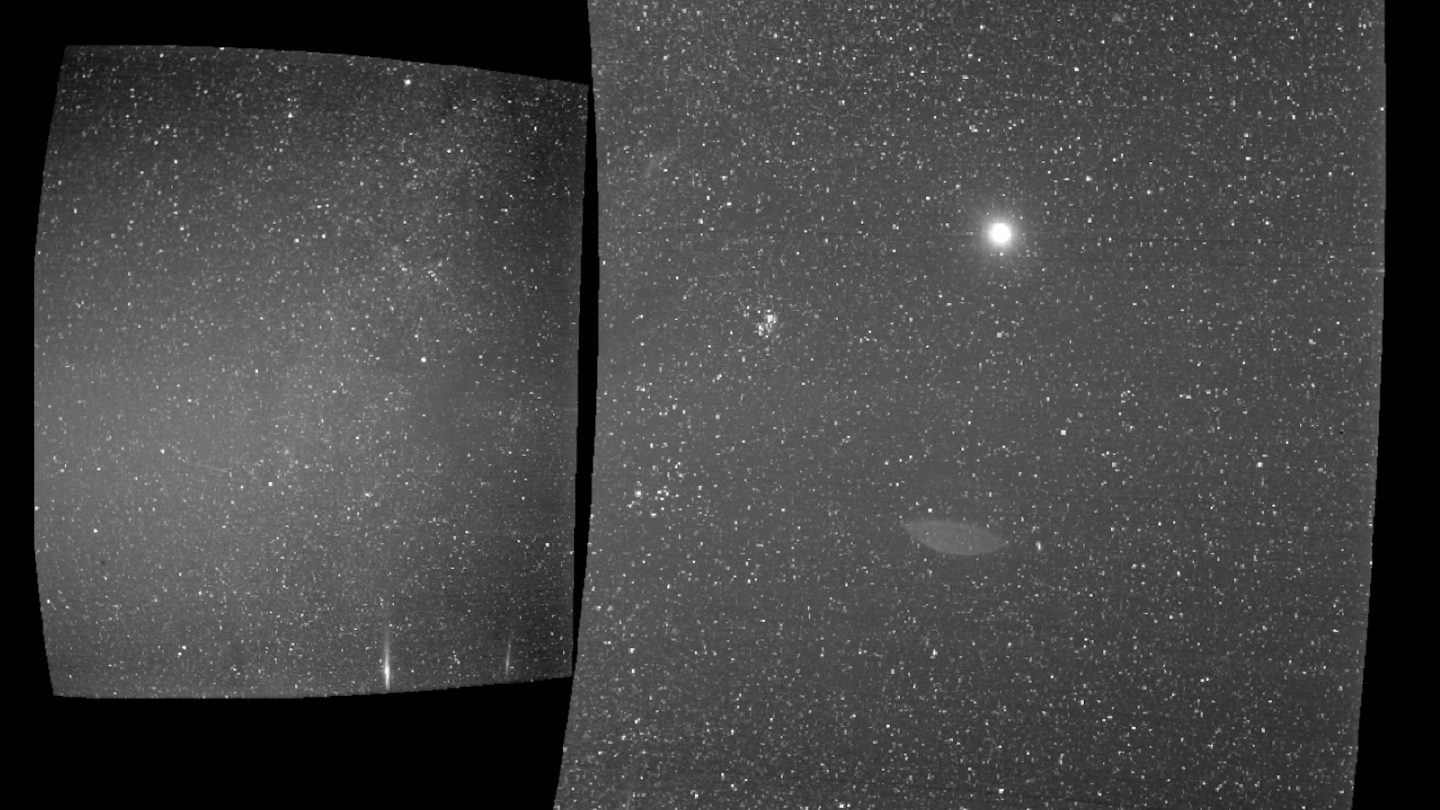 NASA began its mission to “touch the Sun” back in mid-August, sending the Parker Solar Probe towards our star on a first-of-its-kind trip that will hopefully result in all kinds of neat information. The probe is still a great distance from the Sun, having not yet reached its first date with Venus yet, but it took a moment to gaze back at its home anyway.

In a new image released by NASA, the probe looks back towards Earth, which appears at a bright glowing dot in a star-covered canvas. The photo is the first look we’ve had at the probe’s modest imaging capabilities, but it’s a pretty neat image nonetheless.

“The image was captured by the WISPR (Wide-field Imager for Solar Probe) instrument, which is the only imaging instrument on board Parker Solar Probe,” NASA explains in a blog post. “During science phases, WISPR sees structures within the Sun’s atmosphere, the corona, before they pass over the spacecraft. The two panels of WISPR’s image come from the instrument’s two telescopes, which point in slightly different directions and have different fields of view. The inner telescope produced the left-hand image, while the outer telescope produced the image on the right.”

The Earth is impossible to miss in the image, glowing brightly as the Sun’s light reflects off of the planet. The seemingly out-of-place hemispherical shape farther down on the image is a lens reflection, according to NASA.

The Parker Solar Probe’s first interaction with Venus will take place in early November. It will use the gravity of Venus to adjust its trajectory several times over the course of its 6+ year mission, eventually completing dozens of orbits of the Sun and making lots of scientific observations along the way.